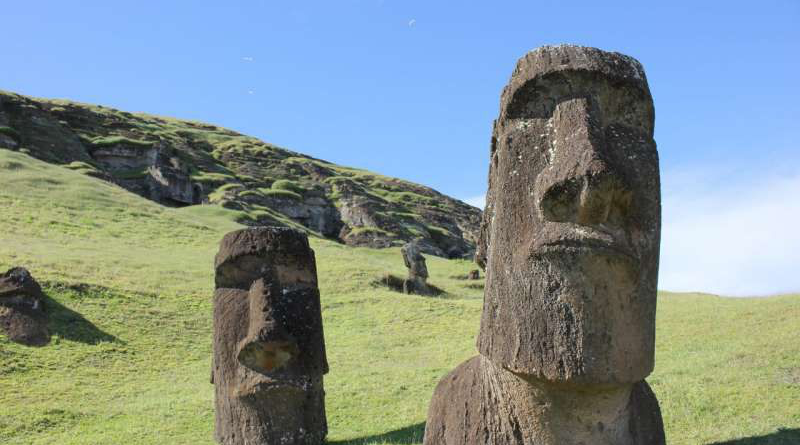 Humanity, as we know, is far from innocent. Over the millennia, we have been responsible for some pretty horrid events. However, new studies show that we may be able to scratch one particular environmental collapse off the list.

Easter Island, or Rapa Nui as it is called by its original inhabitants, has been a subject of mystery for many years. The collapse of the island’s most ancient society, which was responsible for the construction of the large moai statues which adorn the beach, has been the topic of both scientific enquiry and conspiracy theories for decades.

The most widespread theory regarding the collapse of their civilization is that intense rivalry between various tribes caused widespread deforestation and eventual famine. However, new evidence suggests that the tribes were in fact quite cooperative.

The evidence for this new theory comes from the tools used to carve the moai statues. Through the process of carbon dating, researchers from the University of Queensland have found that the tools used by various tribes were created from stone mined at the same quarry.

This suggests that the tribes cooperated in order to create these statues, rather than murdering each other and pillaging the island. Furthermore, the ecosystem of this particular island was already very strained, with almost no fresh water and very poor soil for agriculture.

However, humanity isn’t entirely without blame on this island. As usual, colonists arrived, leading to a drastic drop in population. No matter how well adapted or cooperative a society might be, very few things can survive the arrival of Europe.