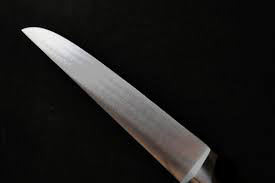 With a short moment of shock, followed by blank numbness, he simply stared at me, his eyes trying to grasp my memory like someone trying to catch water with their uneven, hole-filled hands. The strength seemed to leave his body as he collapsed to his knees, still staring directly into my soul, before falling backwards onto the floor. He clutched the near-upper right corner of his chest, his shirt piling with blood.

I stood there, frozen, unable to move, as though encased in ice, trying to screech for help, only to pull up cold, empty air. My mind was frozen, trying to run by different solutions in my head at light speed. I put my hands to my head and bent over. Painfully, I forced a breath to escape my body, washing my mind away, and letting my nerves take control of my legs as I ran towards him.

As I drew closer, I could see his shaking legs and look of shock: distressed, looking for a safe space, a way out of this hellhole. He tried to inhale, but could only wheeze, his lungs filled with luscious red substance. His eyes suddenly widened as he jerked his head to the side and started hysterically coughing, pulling out pure blood.

I put my hands to his hardened chest, trying to pressure the wound. I could feel his heart rate going berserk. If he weren’t bleeding, you would’ve thought he had taken a gram of crack.

I could only bear witness as his eyes started to grow icy, his breath growing more and more shallow. He could only make an attempt to lift his head enough to stare directly into my eyes. With his last gleaming moment fast approaching, he could only manage three words. Three measly words, but with so much power that they made me hurt more than him: