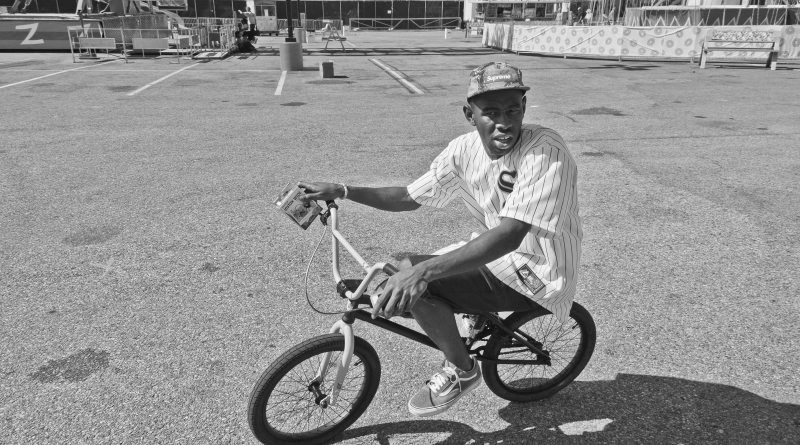 Tyler, The Creator took to Laval to promote his latest studio album IGOR: the most honest album in the artist’s discography, touching on subjects like one-sided relationships and falling out of love. To accompany him on his world tour he chose Jaden and Goldlink as openers who compliment and resemble Tyler’s music nicely.
Goldlink (along with his DJ)were great openers by involving the crowd in their music and teasing songs we knew such as “M.a.a.d. City” by Kendrick. Jaden had a surprisingly long set with about an hour of stage time which he filled very well. He easily could have played his own show and I would’ve paid the same amount. He had a super dynamic setlist and a huge stage presence. He played hits like ICON and GOKU which all went hard from the pit to the seats.
Once Tyler took the stage, it was a fast ride through the setlist which covers all of IGOR with him suited in his signature Igor costume. He also revisited his older material going back to even Goblin and Cherry Bomb very briefly with songs like She and Yonkers. Unfortunately, the venue seemed unprepared for him, which left him visibly frustrated at missed crew cues and faulty earpieces. Tyler’s vocal range has never been his claim to fame and it shows in the way that Tyler often lets the crowd take over during parts that he can’t reach which come often on his pitched-up album. Admittedly, he was underwhelming after Jaden rocked the house. His performance lacked the flair that Jaden brought naturally and the only negative critique I had about Jaden was that I found his visuals distracting at times because of their intricacy and bright scenery.
Overall, a great performance but with a more dynamic set and better coordination between artist and crew, the show lacked the potential I had hoped for.