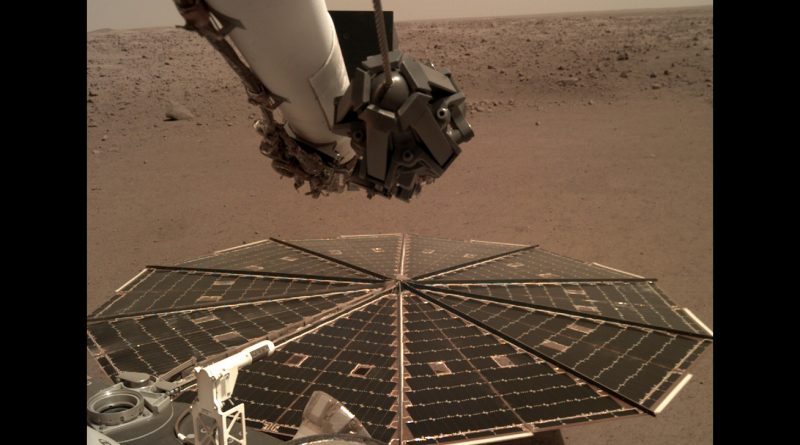 During May of 2018, NASA launched a geophysical lander on Mars called Interior Exploration using Seismic Investigations, Geodesy and Heat Transport (InSight) to study the formation of terrestrial planets in our solar system.
The InSight delves beneath Mars’ surface to discover the fingerprints of the processes of the planet’s formation. It measures the seismological vital signs, pulse, temperature, as well as the heat flow via a probe. One of the instruments, the Seismic Experiment for Interior Structure (SEIS), is used to detect Marsquakes, and since landing last winter, it has detected over 100 of these events, with only 21 to have been confirmed as Marsquakes.
Determining when and where Marsquakes occur would offer precious insight into the physical nature of Mars’ interior. Further comparison of the findings with the sound waves within the Earth and Moon’s crusts can also give more insight into the Martian crust. While Earth’s crust is filled with water and minerals allowing sound-waves to move in straight lines and for them to dissipate quickly, the Moon’s is full of cracks and fractures, so sound-waves resonate for over ten minutes. Therefore, Mars is more like the Moon than Earth, as its quakes have been found to resonate for a few minutes or more.
Currently, the biggest challenge is to determine what are Marsquakes and what are unrelated extraneous sounds. The environment on Mars creates loud wind noises, the robotic camera arm of InSight also creates noise passively and makes noise as the metal cools and contracts. The team therefore concludes that twilight is ideal to listen for Marsquakes, as all extraneous noises are now dampened or negligible.
The goal of the mission is to learn more on the creation of terrestrial planets of this solar system, so learning more about our neighboring red planet is one more step towards an answer.