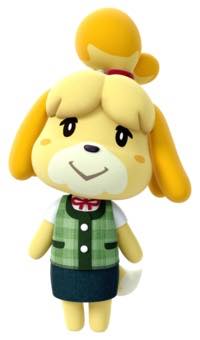 On the afternoon of last Thursday, September 13th, thousands of anxious Super Smash Bros. fans tuned into the Nintendo Direct presentation with bated breaths. There had been a Direct scheduled for the previous Thursday, but it was unfortunately pushed back due to the Hokkaido earthquake that happened that day. Of course, people understood the reason for the delay and tried to wait patiently, but the prospect of Smash news coming soon definitely put the community on edge. The last Direct unveiled five new different characters, and it would be hard to top that level of excitement again.
The theory among many in the SSB community was that there would be at least one new fighter announced for Ultimate in the Direct, with maybe another newcomer and/or an echo fighter alongside it. Among these expected characters were favourites like Isaac from Golden Sun, Skull Kid from The Legend of Zelda: Majora’s Mask and Shadow from the Sonic the Hedgehog series, since they’ve been conspicuously absent from the list of Assist Trophies so far. We got to see many new games for the 3DS and the Switch, but all the while the prospect of a new character joining the roster of Ultimate was hanging at the back of our minds like a particularly annoying Pikmin. Of course, once we got to the end we finally got…
Isabelle from Animal Crossing! Despite being another character that used to be an Assist Trophy and being the #1 newcomer choice for Animal Crossing fans, her appearance on the Smash Bros. stage was definitely unexpected. Just like Villager in Smash for Wii U & 3DS, nobody thought that a character that does nothing but menial tasks in their own games would be such a great addition to the roster.
She first appeared in Animal Crossing: New Leaf for the 3DS in 2012, and she’s been in every subsequent game in the series since. She has become a mascot for the series, so popular that when the previous Smash game was in development, some people speculated she would be in it instead of the villager. Others thought it would be bizarre to see their favourite mild-mannered secretary fight amongst or against burly fighters like Bowser and Donkey Kong, but as we can see now, Isabelle has been faithfully adapted to the more combat-heavy Smash Bros. series.
Fan reception was admittedly mixed at first, since for many it was a downgrade from the characters they theorized would appear instead. Not a lot of people thought the Animal Crossing needed another fighter like they did with the Zelda or Metroid series, specially since they thought she would fight exactly like Villager. Today it’s clear that that’s not the case, since she boasts many new moves and is listed as #68 on the fighter list, not 45ε. In fact, as we can see in her own reveal video, even she was surprised to be invited!
Welcome to Smash, Isabelle!