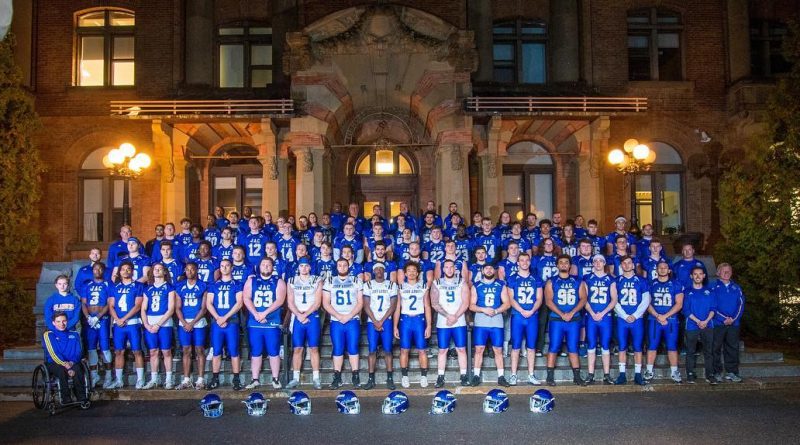 On offence, Isles quarterback Mathieu Boudreau threw 11/20 for a total of 156 yards, including 2 touchdown passes.

As if this wasn’t enough, the ground game also had an explosive day. The team rushed for a combined 277 yards on only 17 attempts, an average of 16.3 yards per carry. For those who don’t know football, that is way more than a first down every time they decided to run the ball. Good call coach.

Not to be outdone, the defense rebounded from a shaky first half where they allowed 23 points to shutting out the Griffons in the second half. Not only that, they also forced 1 interception, 1 fumble and 1 safety. Talk about being clutch.

The only issue I had with the team’s performance was the amount of penalties. For JAC they ended up with 14 whereas Outaouais finished with 7. But it’s just a little nitpick.

Anyways, it was a very strong game overall and we’ll see if they keep it up for next week against Édouard-Montpetit.