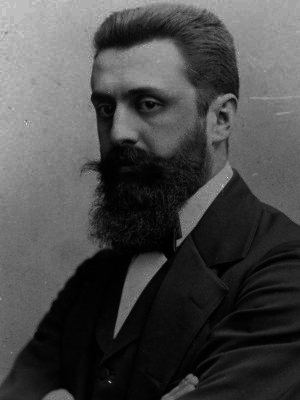 A Response to “Letter to Theodor Herzl”

It is not surprising that the author of the article chose to show only one side of the story.

Theodore Herzl had a vision, a vision to create a Jewish state, which exists today as the State of Israel. The dream did not fail, on the contrary, it has flourished. Even though the Israeli People are still going through many hardships, the start-up nation continues to thrive! There is no denying that all peoples in the region are not living a stress-free life. There are hardships on all sides.

Israeli citizens should not be afraid to walk on the street for fear of being assulted with a knife, just like Palestinian people should not have to feel that their situation is hopeless. As a Canadian, I want to see all people get along, and I want to see two states for two People.

After Israel disengaged from Gaza in 2005, instead of taking advantage of the infrastructure left behind by the Israelis, Hamas-led Gaza destroyed everything and turned Gaza into a hub of terror. You must be wondering why the death toll on each side was not proportionate in the last conflict. Here is the only explanation that I can offer.

While Israel builds technology to defend its people, most notably the “Iron Dome”, Hamas uses its civilians as human shields. Israel always has, and always will endeavour to defend its citizens, whereas Hamas disregards human life by putting their people in harm’s way. Israel has gone so far as to warn Palestinian civilians to evacuate the areas that they are planning on bombing. I believe that Herzl would find that to be noble, given the situation that Israel is in.

By holding Israel to a double standard, and not condoning the recent waves of terror attacks against Israeli civilians, you are justifying the killings. There is absolutely no logical justification for going into a crowded street in Tel Aviv, or Ra’anana, and stabbing someone simply because they are Jewish. Even worse, the terrorists that are stabbing Jews are being treated in Israeli hospitals by the very same people they were trying to kill.

Based on your piece, I think Israel will always be seen as the “bad guy”. Israel will not be pressured into appeasement, nor will it ever do anything to sacrifice its security and wellbeing. Thankfully, Herzl’s dream of a Jewish State still lives on. In fact, the milk and honey still flows with dignity and integrity.