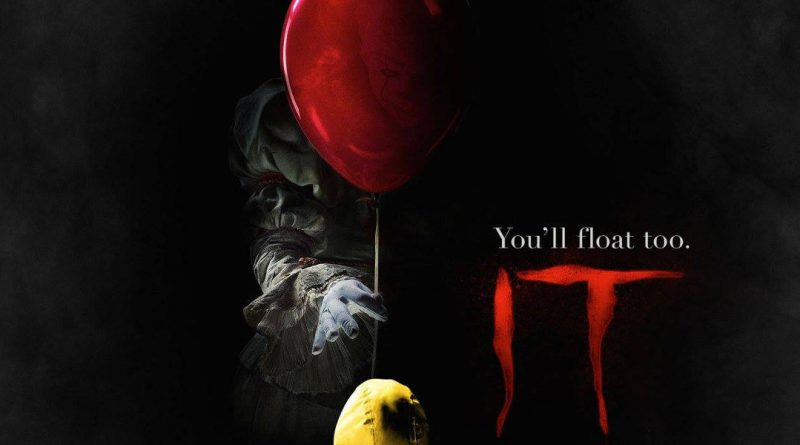 27 years after the Losers escape the nightmarish shapeshifting clown that haunts the sewers of Derry, they return all grown up, to kill Pennywise for good. The highly anticipated sequel sees the losers dig up the past to fulfill their blood pact which also means facing their fears and the skeletons in their closets.

For a movie of this caliber, the studio needed a monster who can live up to that. Pennywise is no joke. He does a great job of not only tricking his victims into trusting him but the audience as well. He is silly and almost pitiful until his layers of teeth pierce and crunch on the skull of a little kid. This only makes matters worse when you know that in a matter of seconds, he will go from awkwardly drooling and docile to pouncing like the predator he is. To call him the antagonist, however, is a stretch as he doesn’t actually challenge the characters of the losers but manifests their fears and their individual aforementioned skeletons.

I must admit, I felt a little more comfort when reading the cast for the second installment as most of the actors were seasoned and well-known. James McAvoy and Jessica Chastain were the ones I expected to lead the film, claiming the roles of Bill and Beverly who the plot centered around the first time around. To my surprise, Bill Hader as Ritchie who stole the show. He delivered a lot of the comedic relief in the film which was perfectly placed around the many high-tension scenes. His satirical charm brings appropriate levity to the film and contrasts the more heavy performances by Chastain and most of the others. Chastain’s Bev is at the center of the story, being the only one to have seen Pennywise’s true form the “Deadlights” and having to piece together the fragments of her childhood. Chastain plays the role extremely well and feels natural through all of Bev’s challenges and growth. The film did a good job of using flashbacks of the summer of ‘89 to give closure and context to certain plot points. They also act as reminders of some of the relationships in the story like Bev’s abusive relationship with her father. Though many of the flashbacks could’ve fit into the shorter runtime of It (2017), it didn’t feel forced or confusing to see the jumps in time.

One of the strongest aspects of the movie lays in how the movie manages to balance its horror with its comedy. This could be thanks to Gary Dauberman who has written for The Conjuring universe and the first It as well. Despite being heavily reliant on jump scares, the horror and suspense are done very well while the humor only contrasts and almost compliments it.

It’s worth noting that Warner Bros. managed to not only adapted a 1,138-page novel into two movies but made two movies that both were successful in their own right. It (2017) was a critical success and had the third-biggest opening weekend of any R-rated movie to date. It Chapter Two topped the box-office with $91 million domestic and has nearly the same Audience Score with 82% on Rotten Tomatoes. Both films have good pacing even if Chapter Two was a bit lengthy. Chapter Two adapts the final chapter well with aspects of the book incorporated and nods and running jokes about the ending of the novel. The ending of the film delivers a cinematically pleasing rendition and gives closure to the loose ends that were teased throughout the film even if only in the form of sub-text.