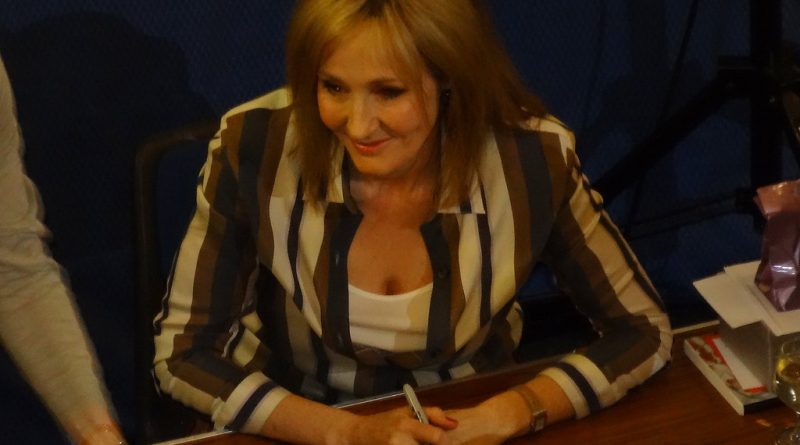 Most of us have heard and hated J.K. Rowling’s weird edits to the canon of the Harry Potter series: Nagini is actually a woman, McGonagall was teaching before she was born, and wizards used to just pop a squat anywhere in Hogwarts. More problematic than all of these post-scriptum changes are some of the themes present in the original text, themes that likely came out of her subconscious. I am of course talking about anti-semitism and globalist conspiracy theories.

For as much as she presents herself as a denouncer of antisemites, notably in a weird biblical anti-Corbyn rant on the 22nd of December, she instantly makes the jump from criticism of British bankers to criticism of British Jews. While that’s not entirely surprising for an author that made the goblins out to be picture perfect examples of antisemite propaganda, what with their secrecy, lust for gold, and hooked noses, it is still pretty disappointing that no major media outlet has yet called her out on it.

Now if that were all, this would be a pretty boring article, but somehow it gets worse.

The entire wizarding world is an insider’s view of a Zionist conspiracy theory. If you’ve ever listened to an Alex Jones podcast to laugh at his dumb*ss rhetoric, you’ll surely have noticed that he always talks about the globalists as a secret class of people controlling the world from the shadows. This conspiracy theory comes directly out of Nazi propaganda and is its literal brain-child, with its modern iteration using triple parenthesis to denote someone or something as having a jewish background.
As all good Potterheads know, wizards (and witches) control the Muggle world from the shadows and manipulate reality at a whim with zero accountability to the Muggle state. Furthermore, wizards such as Merlin and the Irish occultists were the victims of pogroms and deportations in the Middle Ages just like a certain religious minority was in our own world. The wizards are shown to control the mass consciousness of Muggles through the oblivation spell. While this is presented as positive when done by Hermione, this act happens totally without the consent of its victims, just like how the conspiracy theorists describe how the globalist (Jewish) media controls the minds of the western masses, also without their consent. I guess Rowling was just in a heated writing moment when she penned her manuscripts.

While it is true that within this fictional universe, the wizarding world has its own Jews and Nazis (goblins and Death Eaters respectively), they all exist within the context of a mass conspiracy to control the Muggle world as an unseen class of superpowered heretics. If Freud is right and most of our mind operates at the subconscious level, then, whew lad, J.K. Rowling is cancelled.