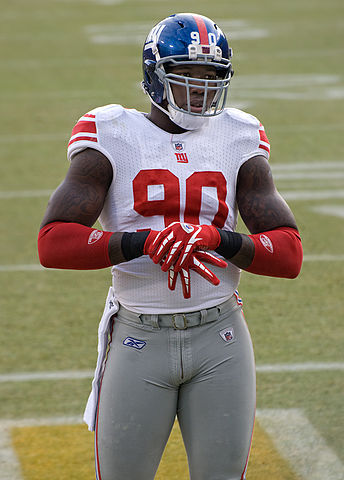 From Fireworks to Footballs

In 2011, the New York Giants defeated the New England Patriots to win Superbowl XLVI. That season, Jason Pierre-Paul (JPP) recorded 16.5 sacks leading the Giants’ defence. JPP has become an elite player in the NFL but has a reputation of being injury prone. When healthy, he is an incredible piece on the Giants defence. However, this past summer, his luck only got worse.

On July 4th, JPP was involved in a serious firework incident, and four days later, his right index finger was amputated. With no timetable for the recovery, fans were in the dark with no idea when they’d see him return, which took place on Week 9 against the Tampa Bay Buccaneers. Putting pressure on Winston throughout the course of the game, JPP gave the Giants much needed support on the defensive line. He played most of the game and was on the field for almost every play in the 4th quarter. In Week 10 against the New England Patriots, JPP put pressure on Brady, giving him less time in the pocket. His game still needs some work before he completes another 16.5 sacks in a single season, but the weak Giants defence is much stronger with him.

The Giants lead the NFC East (5-5), ahead of the Eagles (4-6), Redskins (4-6) and Cowboys (3-7). With an important 6 weeks left to play, Jason Pierre-Paul can be the difference for the Giants, who have failed to make the playoffs since winning Super Bowl XLVI.