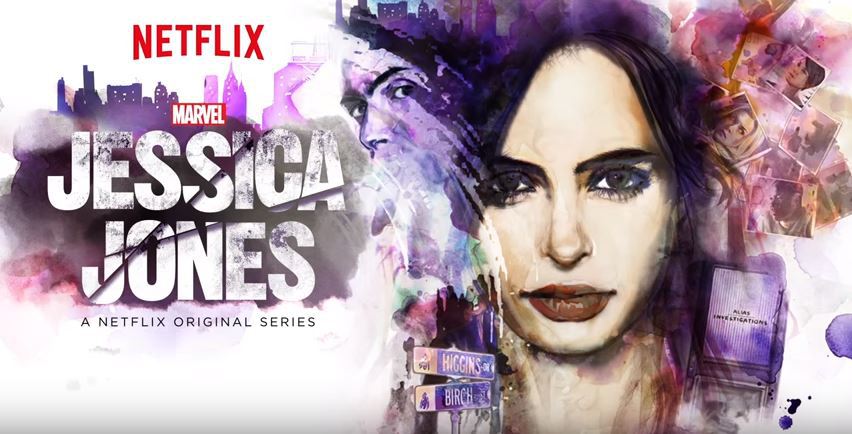 After the success of Daredevil, this November saw Netflix’s release of another adaptation of a Marvel Comics character, Jessica Jones. Set in the same universe as The Avengers, the show explores the gritty darker side of a world where Iron Man punches robots in the sky. Jessica Jones (Kristen Ritter) is a depressed alcoholic private investigator. A childhood accident gave her super-strength, but her short career as a superhero ended once she encountered a man with the ability to control peoples’ minds, Dr. Kilgrave (David Tennant). Kilgrave used his powers to force her to do terrible things, traumatizing Jessica and leaving her with perpetual nightmares. The show follows her hunt for revenge.

The plot is engaging, and never ceases to surprise you. You never know who is secretly being controlled by Kilgrave; anyone might be compromised. It really is fascinating to witness all the clever ways our heroine comes up with to counter her enemy’s godlike abilities.

Above all else, the show is a character study about a really screwed up and lonely person. Kristen Ritter is very skillfully able to convey Jessica’s many flaws. She is aggressive, angry, unstable and distant. Despite all this, her character is nearly always completely sympathetic. She has many flaws, but it reminds us she is only human. She shows compassion and great courage in between her many outbursts. The show paints a realistic portrait of a flawed but admirable human being.

However, what’s a great hero without a great villain? Don’t asnwer that; it was a rhetorical question. Boring, that’s what. Thankfully, David Tennant, former star of Doctor Who, plays one of the most charismatic and terrifying villains on television. His take on Kilgrave is extremely creepy, and yet there’s a point when he somehow becomes strangely sympathetic, and almost relatable. Imagine: he’s only able to make people love him if he forces them to. You may grow to pity him.

Mike Colter plays Jessica’s friend with benefits, super-powered Luke Cage. If you’ve ever wondered what it’s like when people with super-powers go to bed together, this show finally answers your all your questions (you weirdo). He is both vulnerable and strong-willed, which makes for an interesting pairing.

Now, allow me to warn you. This show tackles some very dark and taboo subjects, confronting themes such as rape. Kilgrave forces people to have intercourse with him using mind-control. This isn’t done just for shock value though; we see the psychological effects these heinous crimes have on the characters.
If I had to complain about something, it’s that one subplot introduced later on distracts us from the far more interesting hunt for Kilgrave, and the fight scenes aren’t as exciting as in Daredevil.

I was going to end this review with a joke, but screw that. This is a great show. Watch it.