A Promising Start to the Season

The John Abbott Men’s Rugby team is one of the many campus sports teams. Unlike sports such as football, soccer, and hockey, rugby doesn’t tend to get much mainstream attention.

However, that is not to say that rugby should be regarded as a lesser sport. It is a contact sport that takes a lot of effort and demands even more nerve from its players. This is why rugby will be getting some much needed attention in this issue.

Our rugby team at John Abbott College has started the new season off with an impressive 4-0 record. The first game of the season was against Heritage College. The two teams played a hard fought game.

The Islanders came away with a 17-3 win to start off their season. Joey Bruzesse, Corbin Mcgee, and Zach Jamieson were each credited with scoring tries in their first games of the season. 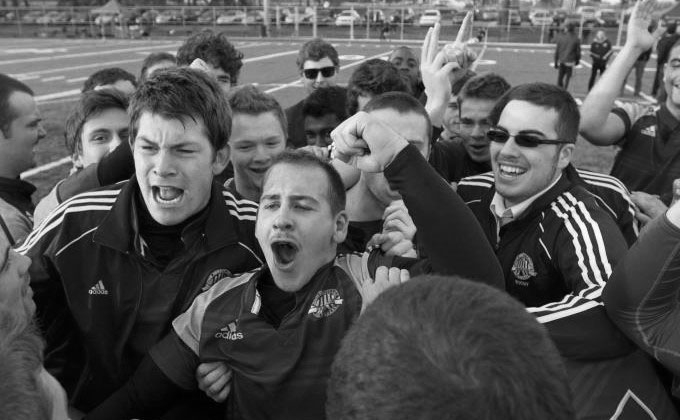 This effort was followed by a 72-5 win against Vanier College in the rain. Islander player Max Marini received “man of the match” honours for putting up three tries. In addition, Marini was named Islander of the week for his efforts.

When asked about what it was like being named Islander of the Week, Marini said that “it felt good to be named athlete of the week, but the thing that mattered most to me was helping my team get the win in the end. We work really hard as a team and as individuals”. Marini is a rookie on this Islander team which according to player Andrew Panton, is a team with a “pretty good balance between veterans and rookies”.

In order to push the team’s record to 3-0, the Islanders dominated College Andre-Laurendeau in a 45-10 win, utilizing their superior speed to win the game. Will Vendramini was named “man of the match” for his aggressiveness and physical play while Thomas Cote-King had a game high, five converts to cap off the win.
This past Sunday, the Islanders won their fourth game of the season against Dawson, which both improved their record and gained them a place among the top teams in the league. The match was another impressive feat that saw the team win by a dominating score of 38-5. The team’s next game is against Marianopolis, where the men will try to improve their record to 5-0.

This match will be only their second to take place on home soil and will be played on October 10th at 8:30PM, convenient for anyone who would like to come support the team.

The remainder of the season will prove whether or not this team is ready to compete for a championship and emulate some of the past successes of previous John Abbott rugby teams.