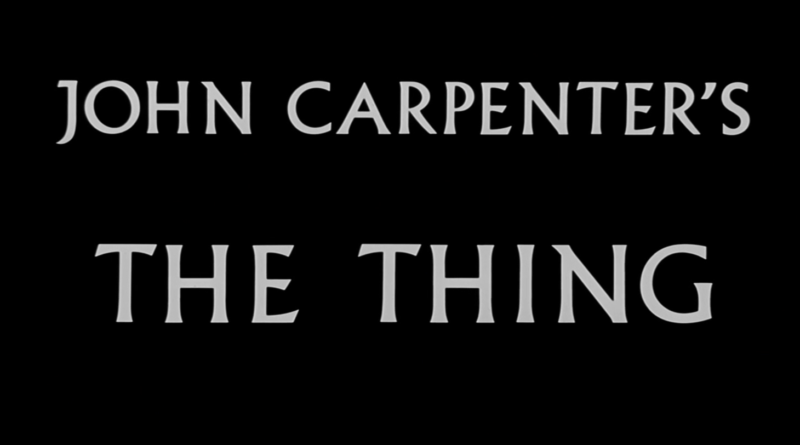 John Carpenter’s “The Thing” is a horror masterpiece, from its storytelling, character building, visuals, and practical effects. For those unfamiliar with this film, its plot revolves around the twelve-man crew of an American Antarctic research base where an alien infiltrates them by replicating any being it consumes. Their struggle for survival quickly degenerates into a state of paranoia, where no one is sure about anyone else’s humanity. As Kurt Russell’s character, MacReady admits into a tape recorder: “Nobody… nobody trusts anybody now, and we’re all very tired.”

On a visual standpoint, most of the outdoor scenes are basked in blue light to show the cold darkness of the six month long winter. Contrasted with the flares lit up by the various characters, every shot creates a beautiful spectrum that contrasts life and desolation. In another scene, the Thing’s spacecraft is created using a matte painting to create the seamless illusion that a whole set was built.

As for practical effects, The Thing is often held up as a masterpiece with every trick in the book. From stop motion and puppets to animatronics, the Thing is never depicted using CGI, and since it never assumes the same form twice, the amount of effort by the effects team truly makes the whole movie shine. I’m not saying CGI is always a detriment to a movie, but as hard as you may try, a practical effect always brings a truer performance from the actors, since they don’t have to imagine what they’re supposed to be reacting to while they perform.

As for the characters, you mostly follow MacReady, a reclusive helicopter pilot, for most of the film. When the paranoia starts to settle in, the rest of the crew elect MacReady to replace Garry, the security guard, as the head of the crew. About 48 hours later, the entire crew turns on MacReady. As a film that came out in the middle of the slasher movie period, it was extremely bold of Carpenter to make a horror film that relied on the growing distrust and uncertainty of every character, as opposed to that era’s common shock gore and cheap jumpscares.

Even though it is upheld in such high regard nowadays, it completely failed at the box office initially. Some attribute this to the film coming out shortly after Spielberg’s E.T., which depicted a friendly alien. The Thing sold fewer tickets because the gross, Cronenberg-esque creature in the nihilistic film was less appealing to family crowds.

If you’re looking for a horror film that slowly settles you into a nervous mood and doesn’t feel like cheap thrills for Halloween, I’d highly recommend you watch The Thing. Make sure you get the 1982 movie though, because the 2011 prequel is nowhere near as good in any aspect.