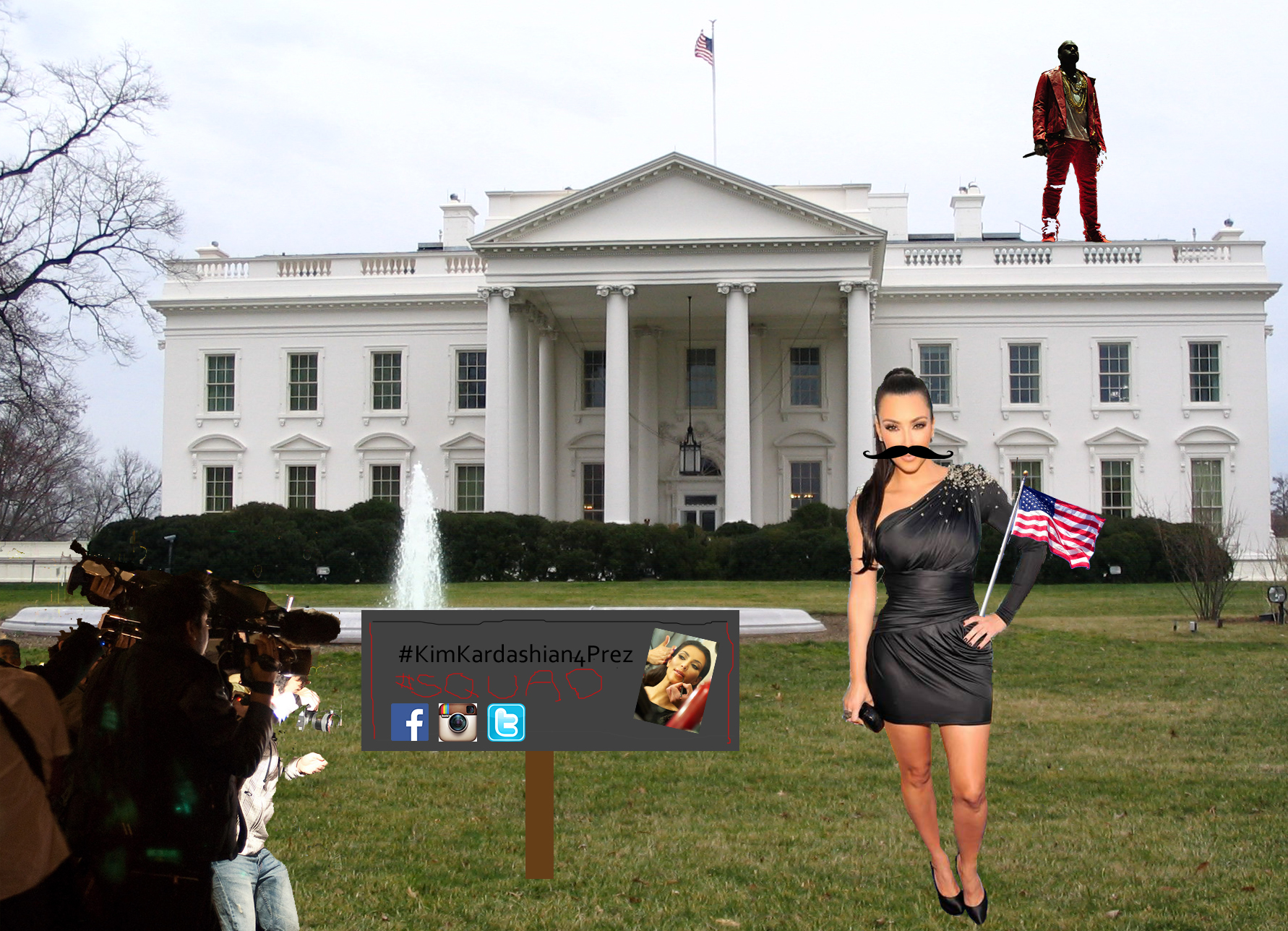 Kanye West left the political world dumbfounded on Sunday when he announced that he would be running for president in 2020 during an award acceptance speech at MTV’s Video Music Awards, but to make things better, Kim Kardashian announced her candidacy for the 2016 elections after feeling motivated by Kanye’s speech to make America better.

The news staggered social media when Kim left a tweet this morning saying, “If I could use makeup to make my face look better, then I can use political makeup to make America better. #KimKardashian4Prez”
“Makeup is a magnificent thing as it hides our blemishes and stigmas, and it helps enhance our overall facial aesthetic”, explains Kim’s older sister and mentor, Kourtney. “The concept of makeup is Kim’s version of change in America. I feel like it’s a marvellous idea because it is actually realistic, as she’s not trying to change America, but rather make things look pleasing to the eye.”

While Kardashian has never had any past experiences with politics or law, nor is she of age to run for president (even though she fails to admit that she’ll be of age to run in October), she does have nearly 35 million followers, which is more than Donald Trump, Hillary Clinton and Bernie Sanders COMBINED.

“I think that history will be made when Kim will be POTUS,” said Kanye on a BBC radio interview yesterday. “I get to be the first First Gentlemen ever, and that’s pretty damn tight if you ask me.”

While Kanye is excited that Kim is so eager to make America beautiful before Kanye gets his chance in 2020, some people aren’t too happy about it.

“This is absolutely a stupid stunt”, says a flustered Donald Trump.
“Anyone who legitimately believes that Kim would make a good president is absolutely insane and should be deported along with the illegal immigrants who make America so bad. A vote for Kim would be a vote to support the destruction of America and could you IMAGINE what her mother would do to the office? She’d probably make a horrible reality show called ‘Keepin’ Up On America With The Kardashians’ and just destroy the White House. I’ll have them deported. If you vote for me, Donald Trump, the best Republican by far, I will deport the Kardashians. I will make America great again!”