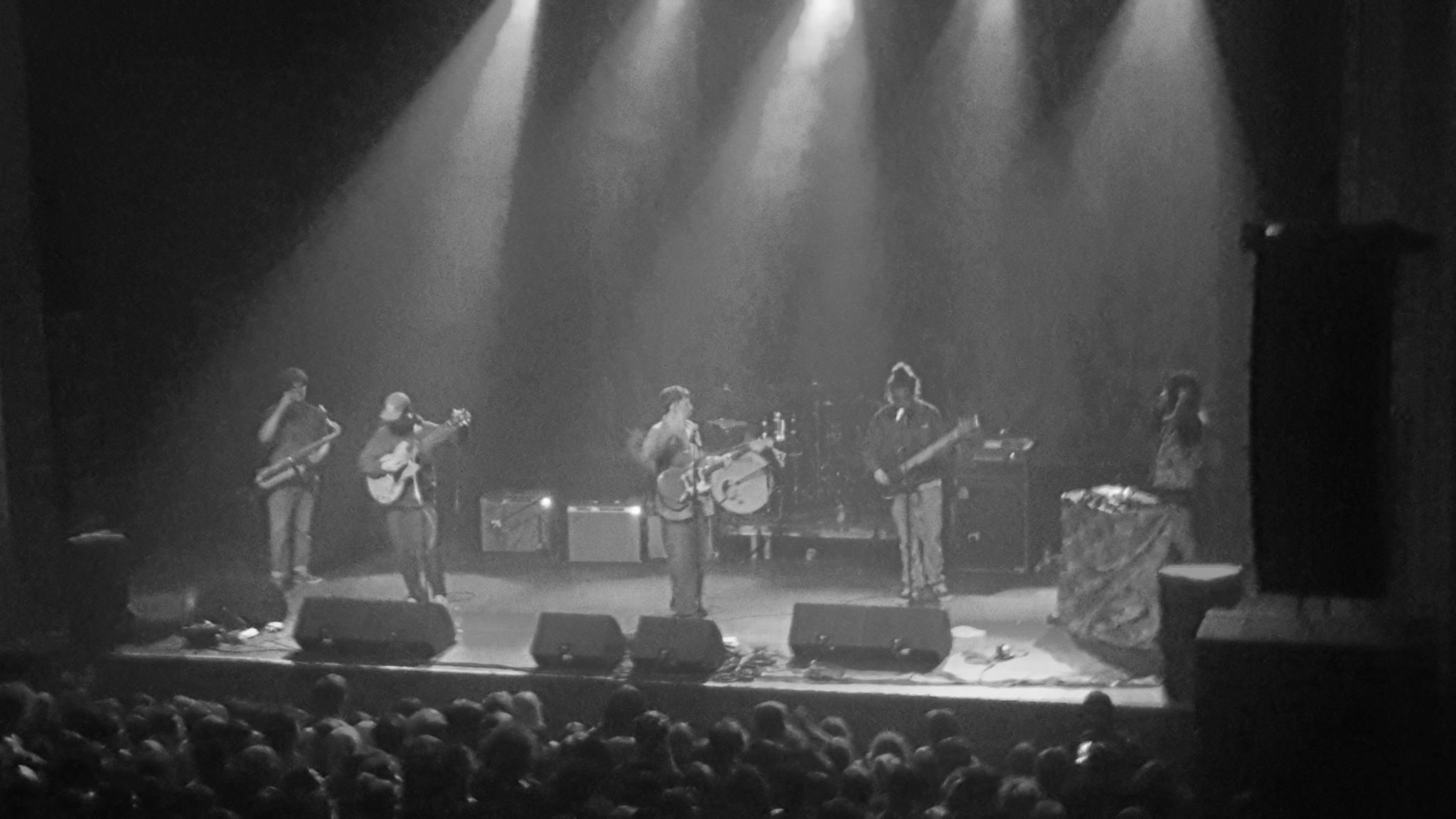 On October 28th, I once again found myself at my favorite concert venue M-Telus”(I am never going to get used to that name change) to see an artist I have been meaning to see for years. The Artist in question? King Krule (A.K.A: Archy Marshall). Since 2013, I have listened to his projects on repeat and, while not everyone I know has enjoyed it as much as I have, he has really resonated with a few friends and I. When he announced he was coming to Montreal, we got our tickets as soon as we could.

I had a show just before, so I was a little bit late to the venue; thankfully the opener had not started yet. I must say I was very impressed with the opening band, Show Me the Body. I had only heard one project and I was not quite impressed, so I was a bit worried when I heard they were opening the show; however, I was pleasantly surprised by their performance, and it made me want to check out the rest of their discography. After a while, Archy finally hit the scene with a very personal set. He was joined by an accompanying band, so I was able to hear his songs in a whole new way, and I must say it was a wonderful experience.

The show felt very stripped down with only simple lighting to set the mood. Archy’s music is very down to earth and very personal. I feel that other stage theatrics would distract from the overall content of the show.

He was on tour for his latest album The Ooz (which I had mentioned in a previous Bandersnatch issue); however, he played a solid repertoire from his last album Six Feet Beneath the Moon as well. The Ooz is still fresh in my mind; however, it was a treat to hear how far he had come when performing songs from Six Feet Beneath the Moon. He has found ways of improving on them whilst creating a different experience from the album. His albums are always very down tempo and ambient, and while that was still there during the show, everything was amped up causing the crowd to go wild. I even saw a few mosh pits start up on the floor.

The show was originally supposed to be at the Corona theatre, but due to the high demand for the show, it was moved to M-Telus, and to my surprise, it was sold out. The entire venue was packed, and every concertgoer was there to see Archy perform. After his band left the stage, there was an uproar for an encore, and you can tell how touched he was by the whole scenario. Instead of changing King Krule, fans were chanting Archy’s name, which really shows that there is a huge demand for his music. I was really taken aback by this and I felt so happy for him. I definitely will see him again one day.