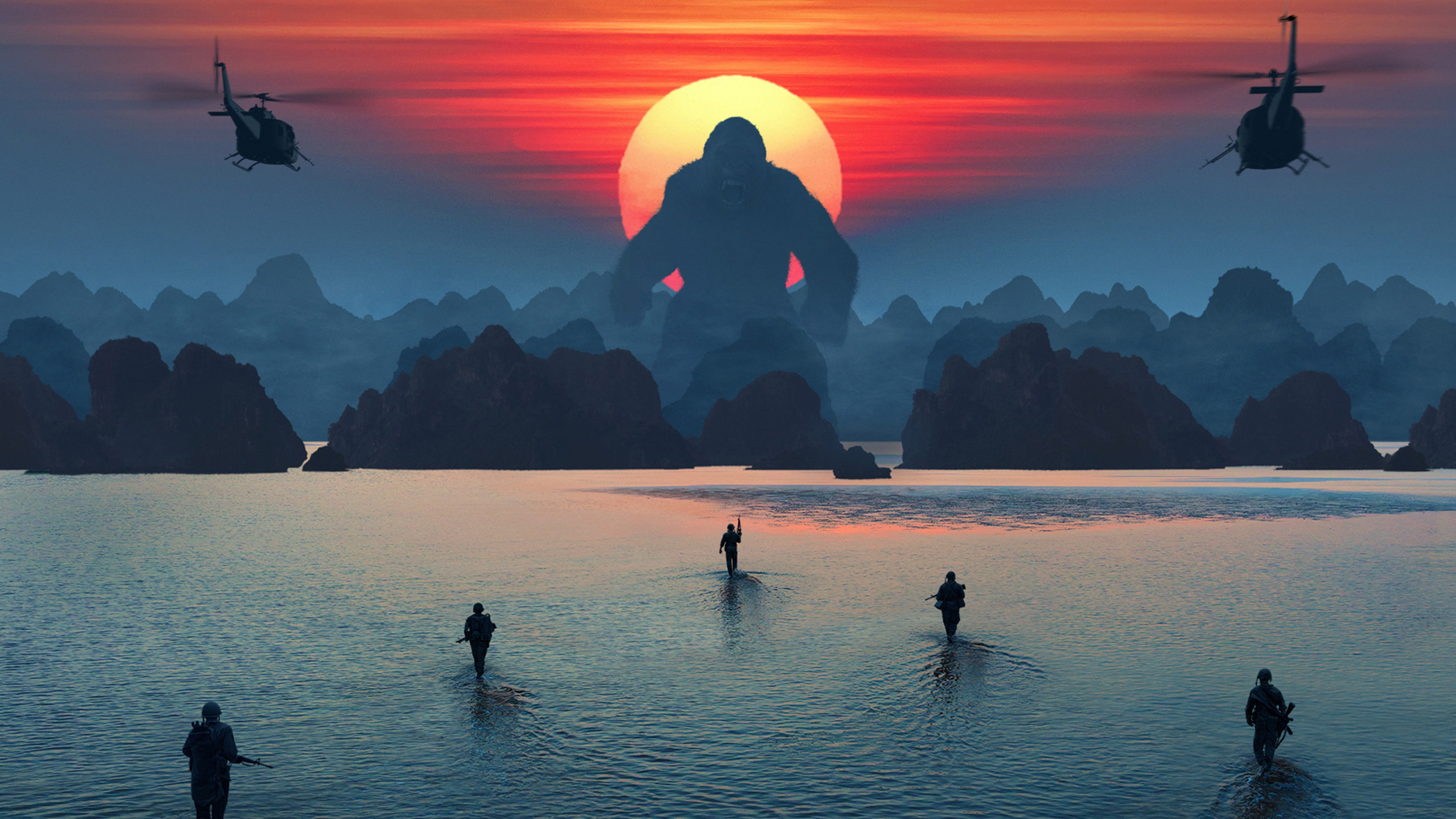 The future is bright for Warner Bros. and Legendary Pictures’ universe of monsters. Godzilla (2014) was a smash hit, both at the box office and the critics. Their latest release, Kong: Skull Island, will continue that streak. The whole purpose of this shared universe is to allow Warner Bros. to reboot some classic monster movies from film history, and bring them into the modern day. The eventual plan is to release a crossover film in 2020, to showcase a new battle between Godzilla and King Kong. The last time they shared a screen was in King Kong Vs. Godzilla (1962). I feel this rematch is long overdue and I very much look forward to it.

As for Kong: Skull Island, the movie is a wild ride from beginning to end. It has a breakneck pace, an all-star cast consisting of John C. Reilly, Samuel L. Jackson, Brie Larson, Tom Hiddleston and John Goodman, and a delightful self-awareness. The performances from the cast were great all across the board, particularly John C. Reilly’s, as he provides most of the film’s comic relief. While everyone’s performance was good, some of the characters did feel disposable at times, as if they were only in the movie to be killed off. I must admit that the ways they died were extremely creative, if nothing else.

One of the biggest complaints about the 2014 Godzilla film was that it simply did not show enough of the monster, and I feel that Legendary Pictures took note of this criticism. Kong is seen in all his glory in the first scene of the movie. The monster fights alone are well worth the price of admission, due to some incredible special effects and great motion capture work.
The film does have a few flaws, but they’re minor enough not to ruin the overall experience. I feel that the editing is a bit poor at times, as there’s occasionally one too many shots crammed into a scene, which can be jarring and ruin the flow. Some of the shots are out of frame and break the rule of thirds, but not in a deliberate way meant to break the mold. However, these shots are evened out by some absolutely incredible cinematography. The positives far outweigh the negatives, which is why I highly recommend this film to anybody. You do not have to watch any of the previous Kong films to understand what’s going on. If you’re looking for a thrill of a movie, look no further than Kong: Skull Island, you won’t be disappointed.