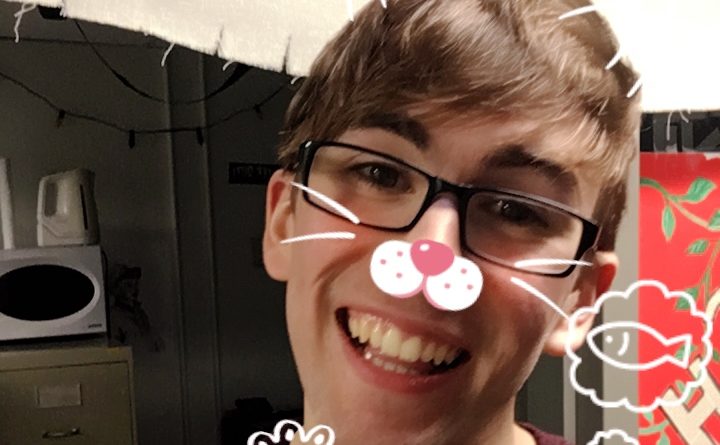 Some things you never hope to hear. Some things you never thought you’d hear at all. One of those things is the tragic passing of our beloved Editor-in-Chief, Kyle McRae (Sir Killian).
The morning of that dreadful day Kyle woke up punctually at 3am, 1 hour before his alarm, like his routine everyday. He was energized and ready to take on the day ahead, but he was still overwhelmed by the sheer number of things he had to get done, not including prepping for his D&D session and feeding his 30 illegally imported koalas. So, he sat down and decided to use his incredible brain to build a clone-producing industrial machine. Soon, his house was filled with 928 identical versions of Kyle McRae, with identically beautiful hairlines and cheeky smiles, ready to take on anything on the original Kyle’s busy schedule. One was sent to make sure everyone composted, one was told to make a million peanut butter sandwiches to feed all the Kyles and one was assigned to make flower crowns for all the orphans of the world. He lined them up and gave them numbers to make them easier to differentiate. It was all going well until Kyle 163 got angry because he wanted to be first. This prompted all of the Kyles to start fighting for #1. They all turned to the original Kyle because this was all his fault and stabbed him to death. When investigators came to the scene, Kyle was found with 928 stab wounds and none of the culprits were ever found again. Some say that the clone Kyles live among us today and are what composes the majority of the flat-earth society.