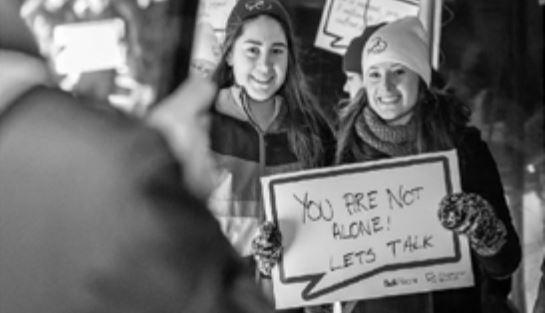 Barely a month has passed since the Bell Let’s Talk campaign took the Internet and cell phones by storm and our collective amnesia seems to have already taken root. As of late, we devote a day to mental health issues, a week to appreciate our increasingly overworked and underpaid teachers, a month to think about black history, and the list goes on. Although I applaud those who are inspired by these days to think and take action, I fear that this contrived way of acknowledging issues often leads nowhere. Quite like you can’t expect to be considered someone’s friend if you wish him or her a happy birthday, but ignore the person the following 364 days of the year, you can’t expect solely professing to care about a topic on its day to mean much.

Of course, tweeting, texting, and posting #BellLetsTalk raised over 6 million dollars this year, which shouldn’t be overlooked, yet this campaign has been referred to notably by writer Ishmael Daro, among other things, as “a crass marketing stunt by one of the […] most profitable companies in Canada”. In addition, far too few actually engaged in discussing mental health issues on January 28th and I am even more skeptical that enough continue to do so today. This is problematic given that implied in this hashtag is the idea that we won’t just tweet about talking, but that we will actually talk (and think) about this important subject. Therefore, I plan on making good on my assertion of wanting to discuss mental illness and will share my outlook on how our health system is failing to address this problem adequately.

To do the topic of justice, it is crucial I mention Alain Magloire, a homeless man who last February was seen walking around a bus shelter in Montreal brandishing a hammer. Those around him felt threatened and the police eventually intervened and fatally shot him four times. His wholly unnecessary death saddens me, but knowing he was a man plagued by mental illness who often sought help to no avail as he was turned away from hospitals countless times enrages me. What is worse is that though it is more comforting to think of his story as an isolated event, all knowledge on the state of our mental health services in the province seem to indicate otherwise. In fact, Jeremy Wexler, a Montreal social worker and psychotherapist, argues that Magloire’s plight is part of an increasing trend given “our government has drastically cut already threadbare outpatient psychiatric services.” The first portion of the inquiry into the homeless man’s death, which absolved the police of any wrongdoing, came to a close a mere week before this years Bell Let’s Talk day. Conspicuously absent from the discussion about the flawed inquiry are most of the people I know who took part in this Bell campaig