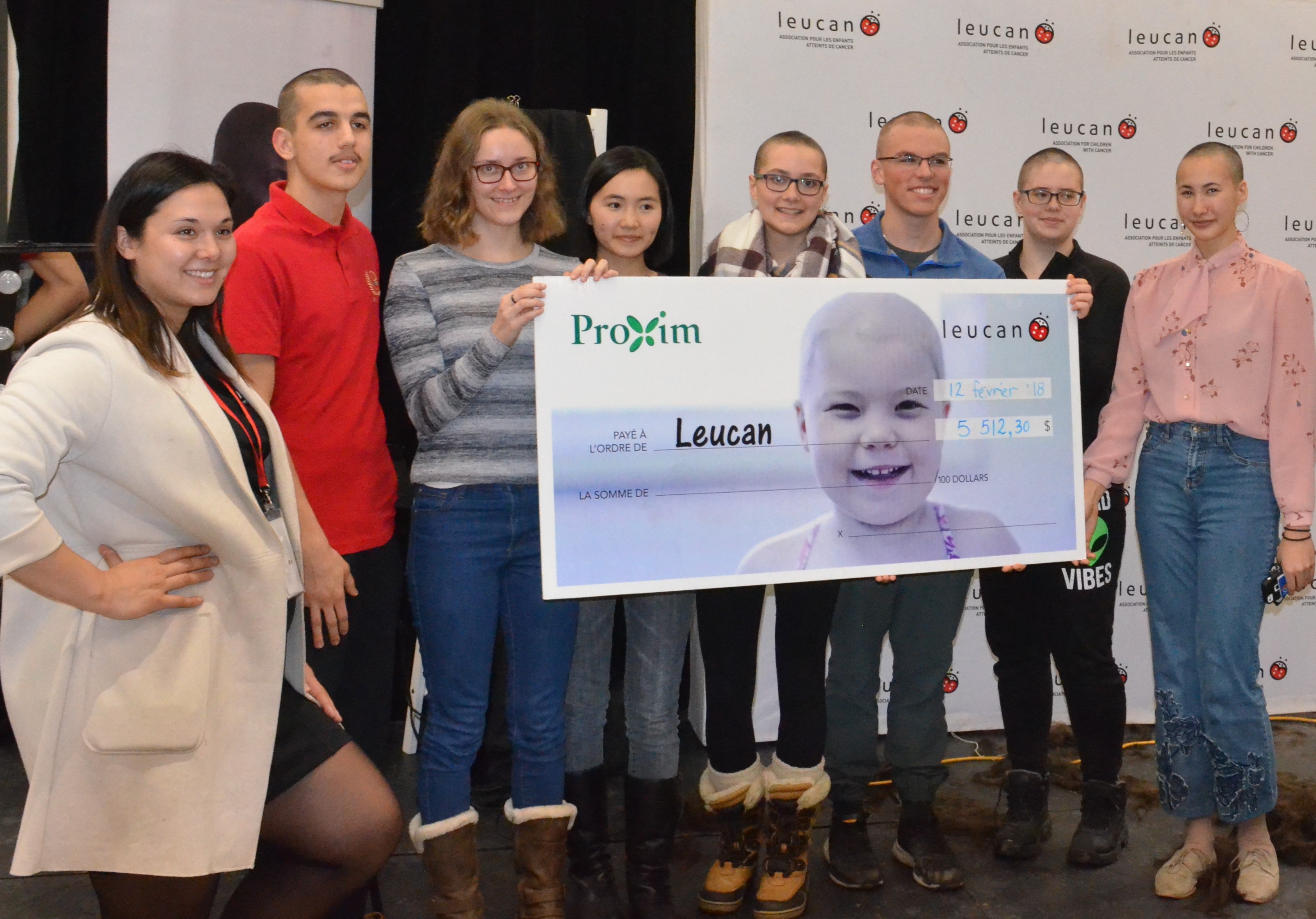 On February 12th, 2018, LEUCAN stopped by John Abbott College. Julia Zhang, a Commerce student at John Abbott, organized the event. She found eleven amazing students who were willing to raise money for donations, and to have some hair chopped off.

Out of the eleven participants, four girls cut their hair to a short length. These women include: Sarah Ménard and Julia Zhang, two JAC students, Sandra Bultena, a faculty member, and Sophie Frendo, daughter of Kelly-Anne Frendo, who is also a faculty member.

The other seven, those who shaved their heads completely, include three men and four women. The three men were: Reza Ghassemi, David Gabor, and Michel Burgy, all JAC students. For Michel, shaving his head also meant shaving his beard and mustache. The four women were: Romy Labranche, Jade Damboise Rail and MaiLiên Thomspon, JAC students, as well as Caroline Viger, a faculty member.

All the women, both those who cut their hair short or those who shaved it off, donated the braids to a charity named DonEspoir, a Quebec based organization, for the fabrication of wigs.

Mai-Liên Thompson, one of the courageous girls to have her hair completely shaved off, explains why she participated in the event: “Cancer is something that affects everybody. It’s not just one disease; it’s a whole realm of diseases. Everybody knows someone who has been affected by cancer or knows somebody who knows somebody affected by it.”

She also adds: “My hair is something that will always grow back, but other people don’t necessarily have that [opportunity] just because of chemotherapy.”

With the money gathered by the participants, as well as donations made during the event itself, a grand total of 5512.30$ was donated to the LEUCAN foundation.

The organizer, Julia Zhang, hopes this tradition will catch on and that this event will soon return to John Abbott College soon.