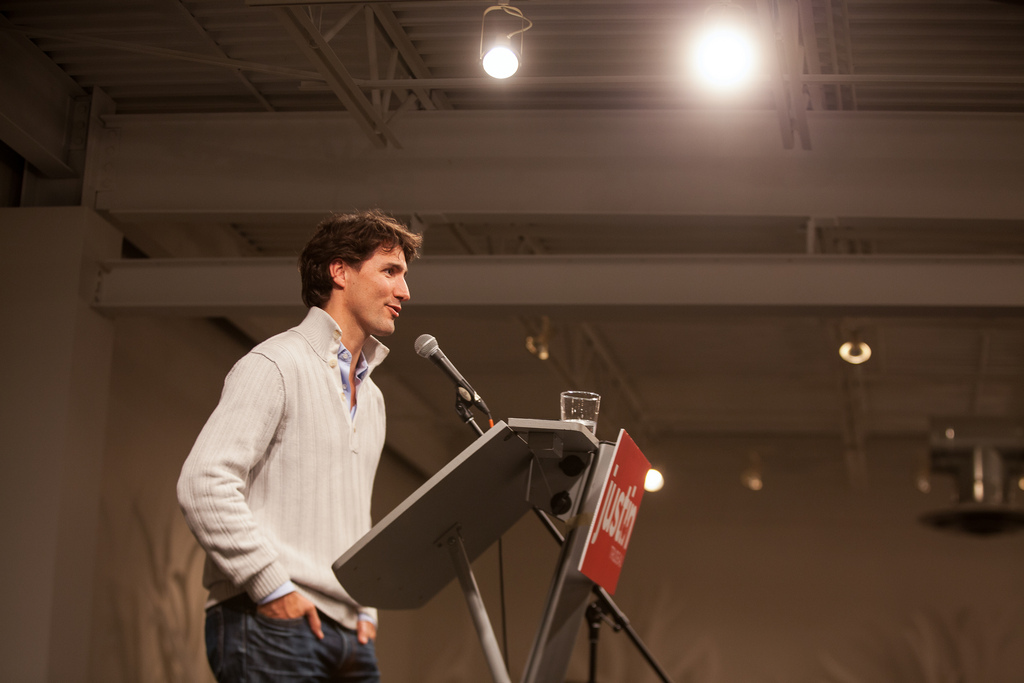 Son of the legendary Pierre Elliot Trudeau and head of the Liberal party of Canada, Justin Trudeau preps himself for the possibility of being prime minister. After a fantastic showing in recent debates, Trudeau has shown himself to be a fantastic speaker, ready to fight for himself and his party. With elections looming, it is certainly time for the relatively young Trudeau to make a massive impression.

Some points where the Liberal platform differs from the currently in-power Conservative one would be the economy and the environment. It’s well known that the Harper government has done little to nothing to improve Canada’s ecological standings. Trudeau has made his stance on climate change obvious: we must do everything in our power to stop it. Our respect for the environment is integral to our identities as Canadians. Plans to clean up the oceans, as well as invest in cleaner energy futures are part of Trudeau’s platforms. Furthermore, the Liberal party intends to target and revitalize Canada’s middle class, providing tax breaks and other benefits to earners within a certain income bracket.

In recent debates, though, Trudeau and the Liberal party have come under fire for making flippant and inconsistent remarks on certain policies. Some seem to think this is their attempt to recover from incredibly low polling numbers during the previous spring. Some believe that the young party leader will say anything to remove Harper from power and get himself elected. This, of course, comes alongside claims that the young politician is “just not ready” for office, despite years of experience.