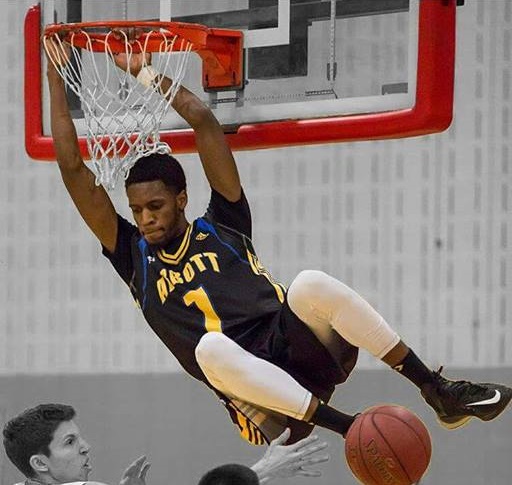 When Keevon Small was just 5 years old he knew basketball was something he wanted to do, and as he grew up to be 6’5, it was something he became pretty good at. For the past two years, he’s been named the Most Valuable Player of the John Abbott team. This year, he was awarded MVP All Canadian, something only two players in RSEQ achieve each season. Keevon’s time as an Islander may be over, but he’s off to Ryerson to play with one of the best Canadian teams.

How do you think Coach David King changed your game for the better?

In my first year, I was a very passive guy. I was always passing the ball because I didn’t want to shoot. I was very hesitant. After that year, he told me “you don’t shoot the ball enough, I’ll tell you when you do, but you don’t”. Since then, he’s never told me I shoot the ball too much. Since that second year, and into my third, my confidence has really been up and that is largely due to him.

Have there been any teammates that you’ve played with that have taught you a lot?

Daniel Cayer. He came into the league the same year as me but he broke his ankle, so when he came to Abbott he was a little slower. He wasn’t the same Daniel as before. But in his second year he came back fit, stronger, faster, which motivated me. Just thinking, this guy broke his ankle but he’s coming back even harder, stronger. We motivate each other.

What was the greatest moment of your basketball career?

Any reason you wear 7?

Are you going to miss being an Islander?

Yes, definitely! The feeling of being an Islander and playing at home is the best. We have the best crowd in all of RSEQ. All the fans love coming out to the games, and having that support from Islanders fans that wasn’t there 3-4 years ago is really inspiring.

Is there anything you want to say to the fans that have supported you along the way?

Honestly, just thank you. I appreciate it and I know the whole team is very grateful for it. Thank you for getting in the other team’s heads, thank you for always being there at every game and always helping us win.

The thing that separates Keevon from most players isn’t his obvious talent, but his humility. Keevon is the most humble All-Star/MVP that I have ever been around as a coach or as a player. It has been a pleasure coaching Keevon, and I look forward to his continuous success at Ryerson University.

On behalf of all of us, thank you Keevon and best of luck at Ryerson!