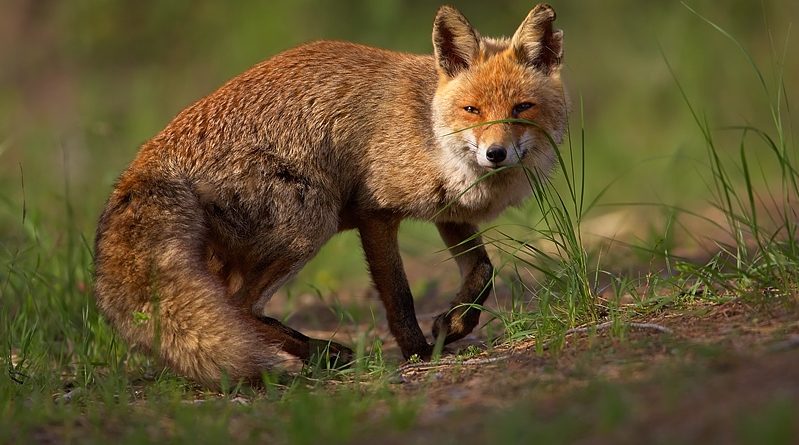 Researchers from the Czech Republic and Germany have found evidence for a very interesting hypothesis while studying the red fox (the scientific name is Vulpes Vulpes). During the winter, the ground is covered in several feet of snow, and the red fox must find its prey under a thick layer of snow. It does so by simply plunging headfirst into the cold, white blanket in the hopes of grabbing a mouse to stay alive.

The red fox evidently uses its keen sense of hearing to locate its prey under a thick layer of snow, as its large ears will tell you. However, Hynek Burda, a professor at the German University of Duisburg-Essen and her colleagues in the Czech Republic have found that the fox’s chances of success are highest when it’s facing north. When the foxes they observed were facing north, Burda and her colleagues reported a 72.5% success rate at catching mice. Any other direction was not nearly as successful. This seems to suggest, though it is still only a hypothesis, that red foxes use the Earth’s magnetic field to be able to locate their prey.

This would certainly explain why the fox’s chances of success were at their highest when it was facing north: it was aligning itself with the planet’s magnetic field in order to more accurately pinpoint its prey under several feet of snow. If this hypothesis proves to be true, the red fox would be the very first animal to use Earth’s magnetic field as a tool to help it hunt.