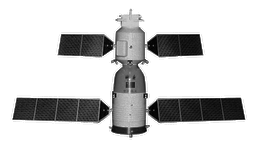 The Shenzhou 11, a Long March-2F rocket, was launched around 7:00 P.M. on Sunday (our time)(CBC News) or 7:30 A.M. on Monday (local time). The two astronauts manning the mission are Major General Jing Haipeng, and Colonel Chen Dong (South China Morning Post).

The mission will last 33 days, making it China’s longest manned space mission yet. The goal of the mission is for The Shenzhou 11 to dock with the Tiangong 2 (“heavenly palace 2”) Laboratory so the two astronauts can perform pharmaceutical, physics and biology experiments (South China Morning Post).

This is the first manned mission into space from China since 2013 said a spokeswoman and deputy director from the manned space engineering office.

In an interview with China Youth Daily, General Jing Haipeng said: “The job is challenging, risky and dangerous but there is nothing else I would rather do”. General Jing is a space veteran and has been on two missions prior to this one, Shenzhou 7 and Shenzhou 9. He will be celebrating his 50th birthday in space during the mission.

On the other hand, this is his partner, Colonel Chen Dong’s, first journey into space. In the South China Morning Post he is quoted as saying: “I will treasure every moment in space and ensure I record my experience in my diary and enjoy the out-of-this-world view,”

“The two astronauts were reportedly in good shape and spirits on the eve of the mission” (South China Morning Post).