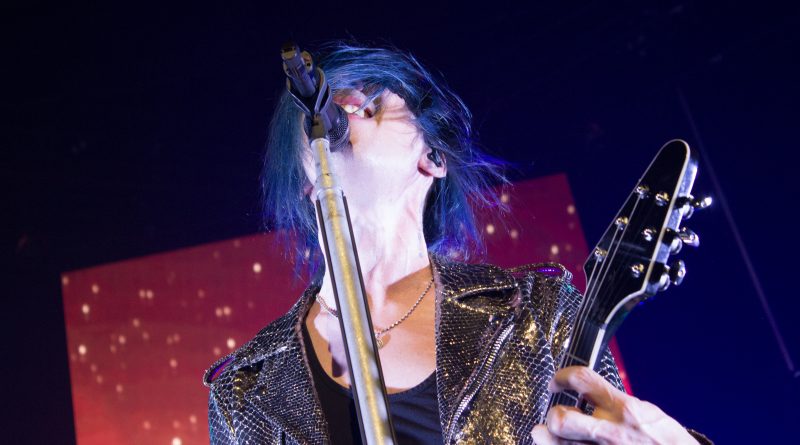 First of all, I have no idea how this show could have ever been put on inside the Corona Theatre. The extensive lineup outside the M-Telus venue was absolutely stacked, and as soon as I entered, people were coming in fast and the venue was filling up, nearly doubling the capacity of that venue.

Quickly the show opened up with a DJ set which is something I had never seen before a pop punk show, the DJ brought a ton of energy to the crowd to really get them pumped up for the next act, “Elijah Woods X Jamie Fine” who really killed their performance. Not long afterwards Marianas Trench hit the scene and for the rest of the night, there was energy to spare.

Fans would not stop screaming and singing along to their favorite songs. If I am being entirely honest I haven’t seen such a dedicated fanbase.

They played a lot of crowd pleasers which only made the night even more fun. The band even said that the “M-Telus” was the biggest venue they ever played in. Knowing that I was able to experience that made me proud to be a fan and to see them grow over the years.

I had an amazing time and I can’t wait to see them when they come back.