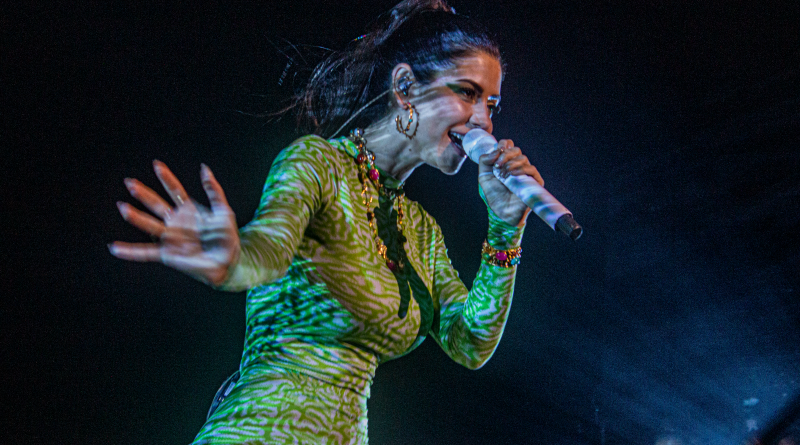 The diva that never disappoints

It’s not every day you get to see your idols in person, especially when they only come to Montreal every four years. 2019 must be a lucky year though, because I recently got to see one of my all-time favourite artists, Marina and the Diamonds (although she now just goes by Marina) perform live here in Montreal.

If you haven’t heard Marina’s music, I could only describe it as being some sort of cross between “pop diva” and depression. On the other hand, her newest album “Love + Fear” (for which she was touring) feels somewhat more mature than the previous ones, although it is not void of Marina’s usual style and charm. For those of you who are already fans of Marina’s music, I can let you rest easy with the knowledge that she is just as talented performing live as she is in her albums.

The appeal of the performance, however, did not end with Marina’s impeccable voice. A lot of effort was put into the overall performance, which featured dancers, an impressive light show, and altogether very interesting projections. There’s also Marina herself, who in spite of her “tragic diva” persona is in fact extremely charismatic and much more down to earth than you would expect (and frankly also drop-dead gorgeous).

As a longtime fan, I was far from disappointed. Marina offered a new side of her music with songs from the new album while not failing to bring back some fan favourites in a way that still felt genuine. Her talent after seeing such a spectacular performance feels practically indisputable.