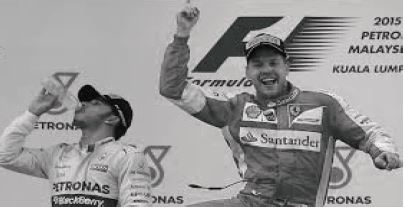 March 29th saw the running of the Malaysian Grand Prix, the second race in what promises to be a long, harrowing and, according to many Formula 1 analysts, one-sided season. The race itself was won by Sebastian Vettel, four-time world champion in his maiden season for Ferrari. Ferrari has not won a race since 2013, when Fernando Alonso challenged Vettel for the crown. The reason for this is the reason this season is largely billed as one-sided: Mercedes. Mercedes, the team created after the selling of Ross Brawn’s eponymously named team, was sold to Mercedes-Benz motorsport and has dominated Formula 1 since last season. It led to what was for the first time since 1996 a two-way battle for the title between drivers of the same team, drivers who scored second and third at the Malaysian Grand Prix and scored a podium-topping one-two at the Australian Grand prix, the first race of the season.

Reasons for Mercedes’s dominance are hotly debated among motorsports analysts, though wired.com’s Damon Lavinc largely blames Mercedes’s dominance on a little counter-intuitive trick their engineers have thought up. That trick is simple: Formula 1 engines use turbochargers to allow their drivers to temporarily fire their engine, much like the “turbo” or “nitro” abilities of beloved online racing games. This, however, causes gigantic amounts of heat that can jeopardize the functioning of the engine and, as seen many times, blow it up and end a driver’s race. This causes a hot-and-cold racing pattern of really fast and slightly slow that can end races. Opting for safety over speed, Mercedes chose to cut their turbo to focus on aerodynamics, things that allow for fast but consistent racing, racing that won Michael Schumacher race after race in his hey-day. Not surprising that the team principal of Mercedes was MS’s technical director during his long and tremendously successful stint at Ferrari.

The first two circuits of the season emphasized fast straightaways with fast curves. Tracks further down the season, most notably Monaco’s legendary Monte Carlo street racing circuit and Abu Dhabi’s slow, precision-oriented race might prove to be a challenge for Mercedes dominance. However, no one has spoken yet as to how the season will end.