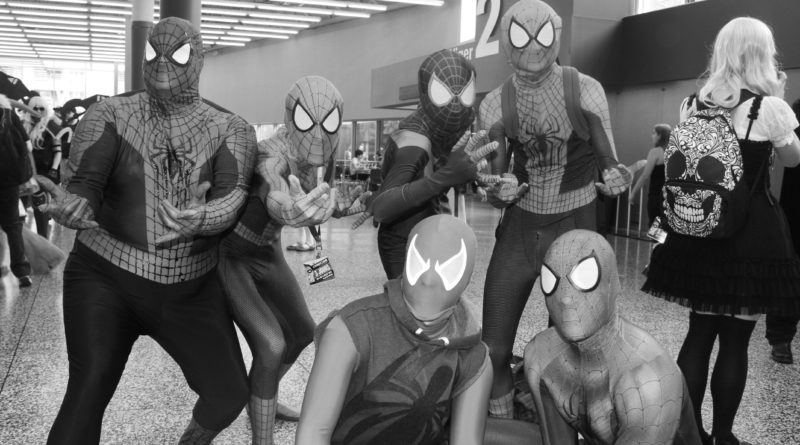 From the weekend of July 6-8th, thousands came to the Palais des congrès from all over the province to check out the Montreal Comiccon. Fans of TV, comic books, movies, video games, anime and all aspects of pop culture all grouped into one area to celebrate their love for the medium.

With each comic con, comes a time when aspiring cosplayers are able to show off their skills in a fun and safe environment.

Comiccon also means special guests, guests which I had the privilege of meeting. The highlight of my convention experience this year was being able to meet and have a brief conversation with Doug Jones, known mostly for his role as The Asset from the Oscar award winning film The Shape of Water. For someone whose job was to sign autographs and take photos. He appeared to genuinely want to be there. Unfortunately, I was unable to meet anyone else due to my busy schedule. However, I had a great time roaming the main hall, where I got to meet all sorts of artists and artisans. Seeing their work was both inspiring and enlightening. While I wasn’t checking the artist’s hall, I was checking the booths from the various sponsors of the convention. Some of the highlights included being able to play Insomniac’s new Spider Man game for the PS4 and being able to check out “Shadow of the Tomb Raider”.

With each year I see myself at the comiccon, I find myself more and more amazed by the sheer talent of some of attendees’ cosplays. Seeing the fruits of their literal blood, sweat and tears (believe me, there’s lots of it) really inspires me as well. Comic con has always been a great place for people to come and share great times with each other.

The absolute best thing about Montreal Comic Con in my opinion is the overwhelming sense of unity and together-ness. Everybody treats each other with such kindness and respect and it warms my heart when I get to see that. If I were to have any issues with the event, it would be that the festival tends to feel rather “corporate.” I sometimes get the feeling that it seems to be more about the celebrities attending the festival, and companies trying to put their faces out than an event run for fans by fans. Though it is not enough to take away from the overall convention experience.

Overall Montreal Comiccon continues to be a great place for people to come together, I very much look forward to attending next year’s installment.

One thought on “MONTREAL COMICCON”