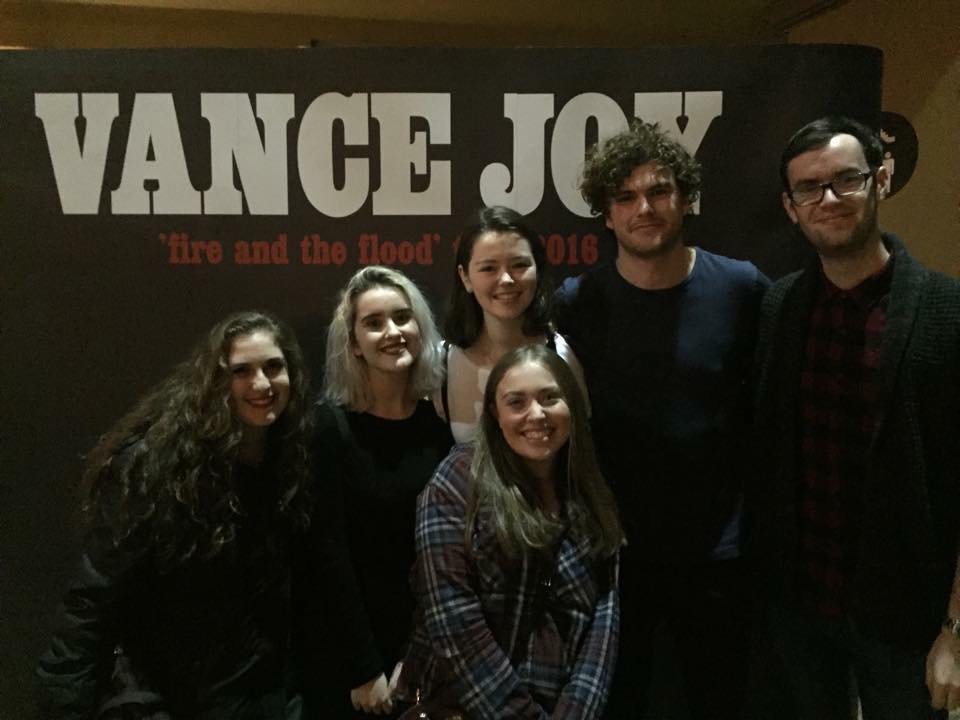 On January 29th, Australian singer-songwriter Vance Joy took the stage at the Metropolis theatre in Montreal. As expected, he delivered a fantastic performance that showcased his many talents.
He began the show with “Mess is Mine”, a famous track almost everyone sang along to. He filled the crowd with excitement and energy that remained for the entire show.

Vance performed exceptionally, prepping every song with a little explanation of why he wrote it or what it was about. He sang most of the songs from his album “Dream Your Life Away”, along with tracks from his debut EP such as “Emmylou” and a mashup cover of Paul Simon’s “You Can Call Me Al”, and the popular song “Cheerleader”. After he said his goodbyes, he came back for an encore that including his new single “Fire and The Flood”.

Highlights of the night included “From Afar”, one of my favourite songs by him, “Riptide”, because the whole audience sang along, and “My Kind of Man”, during which everyone swayed their arms in the air with their iPhone flashlights shining bright.

After the show, my friends and I got to meet Vance and pose for a picture; he was genuinely a really cool guy who I’d want to be friends with. I am honoured to have met him and to have seen him live because he is truly an amazing, authentic artist with an incredible, unique voice.