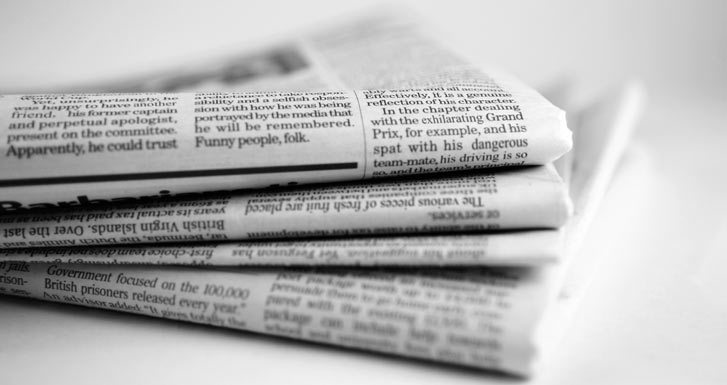 Sports journalism has no room for your stereotypes

There are fewer things in this world that spark conflicting emotions in me more than the subtle step-back and subsequent recovery any football-savvy guy does when I start spitting stats and analysis at him in the midst of conversation. On the one hand, I’m filled with a sense of pride, like I’m fitting in with the boys that have dominated the world I have admired from the outside. But that brings about the other feeling…it’s 2020, why is it still considered impressive that I know my stuff in the area I’m aiming at making a career in? Why is sports journalism still a man’s game?

I fell in love with football before I fell in love with myself. As a kid, my dad worked super long hours that were not compatible with my elementary school sleep schedule in terms of me getting to spend time with him. When he was home on Sundays and spent the whole day watching football instead of entertaining me, I was less than impressed. So I learned to watch the NFL, it’s what we did together. To my surprise, what went from just watching men in tights and pads run around after a ball to spend time with my dad, grew into a drive to learn more and an appreciation for every aspect of the game and pro sports in general.

Even before I knew I wanted to pursue a career in sports journalism, I was aware of the sexist tones that permeated the dialogue around women in sports. I experienced them and their corresponding attitudes anytime the topic of football came up, when before I could even prove that I knew my stuff, I had some guy giving me the version of the game he would give a girl who picks her team based on their jersey colour. I feel it every time I back up an opinion with fact and am met with an eyeroll and a shoulder-drop. I love it when adults ask me what I want to do and they give me that “good for you for trying to get into a man’s field” response with the sympathetic eyes to match.

Personally, I will never understand the continued existence of sexism in our current day, with all the advancements we have made in proving that women are equally capable as men in every field. The only possible explanation I could see for the justification is that since women can’t perform at the same athletic level as NFL athletes, they don’t have the ability to comment on them, or even understand them. If that is the case, then I raise you every obese coach, every pretty-boy host, every broadcaster who got the job because he worked for the network when they got the rights to show the games.

There is an undeniable difference between performance and analysis, ability and understanding. While there is an undoubted benefit to bringing retired players in as analysts or commentators, with their inner-knowledge of how things work, it is a completely different skill-set to be the reporter or the journalist who has practiced the ability to deliver everything from information to opinion in the same professional way. A degree in journalism, media, or communications does not see man or woman, it sees whether or not you passed.

I don’t expect sexism to disappear overnight. I mean, if it hasn’t disappeared after the last 20 years, who’s to say we will ever be able to eradicate it. However, let’s make it so that when a female writer such as myself writes an insightful column on that week’s action in the NFL, the highest praise she gets isn’t that without the byline, one would think a man had written it.