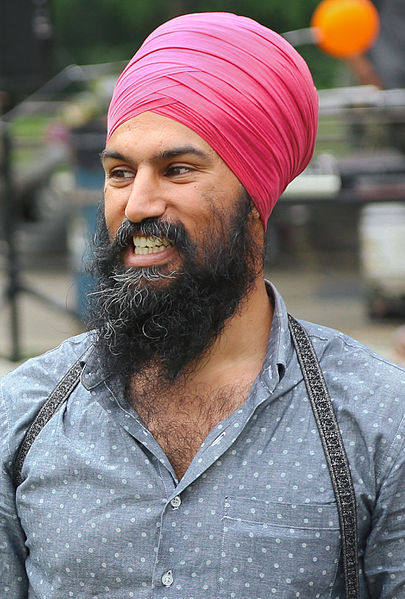 Following the NDP’s loss in the 2015 federal election, the party decided that Thomas Mulcair should not lead the party in the next election after a leadership approval vote. It was decided then that Mulcair would lead the party until his successor was elected. But with only one confirmed runner, Peter Julian, and the NDP’s leadership race ending no later than October 29th 2017, the question is: who is going to run to lead the party? Some are pushing for Jagmeet Singh to run for the position.

Singh is not the typical politician people are accustomed to. He is Sikh, born in Canada from parents who immigrated from Punjab to Canada, and he speaks English, French and Punjabi. At the age of 38, he is currently deputy leader for the Ontario NDP and member of the Ontario Legislature. His accomplishments concerning civil-rights issues, as well as his personality and charisma (reminiscent of the late Jack Layton), are some things that may very well bring energy to the political party.

Singh has declared that he is “seriously considering” running in the leadership race. But he indicates that the reason why he is not jumping aboard right away is the situation in Ontario. Singh went on to say: “My dilemma is that provincially I think we have an extremely amazing opportunity as New Democrats to form a government” (CBC News). If that happens, Singh may obtain a senior cabinet portfolio under Andrea Horwath if she wins the provincial elections in Ontario (Huffington Post).

Although Singh’s decision has not yet been made, one thing is sure: the next date for the federal elections decided by Elections Canada is October 21st 2019.