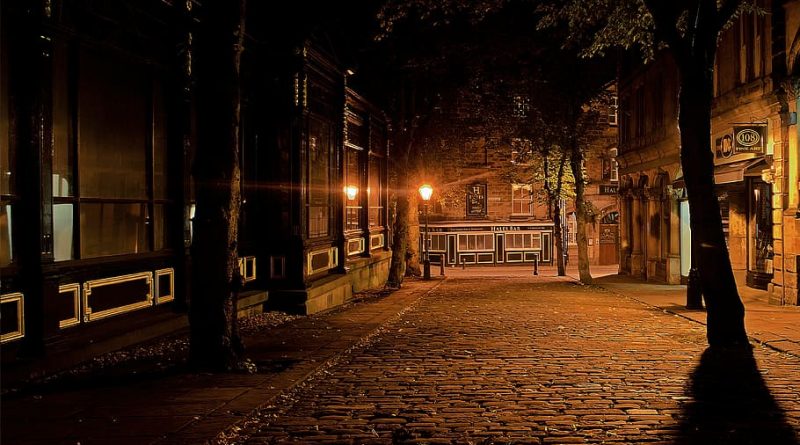 He ran, ran as fast as his thin legs would allow, two other sets of legs running beside him. She had really gotten them into trouble this time, nothing like the occasional shoplifting or messing with the guards.

The three orphans had begun their day the same way they usually did, looking for a form of entertainment. The nameless boy was stuck to Brigitta, as usual.

He had done this since early on in his time at the orphanage; she was the only other like him, which was evident from the slightly red tone of the skin and solid-coloured eyes. She had a confidence about her that he admired, but which ultimately meant he was often part of her troublemaking.

Friedrich, on the other hand, tried to keep the trio tamed and out of trouble. He was different from the two due to having known his parents before he arrived. He enjoyed Brigitta’s presence and there was no doubt that the two were best friends.

Now the three kids were running behind their orphanage, hoping no one has uncovered the evidence. Brigitta collapsed onto the dirt and took in what she had just done. Friedrich paced, mumbling to himself about an alibi for the three of them. The unnamed boy just stood, remembering the sight of the man who cornered them in an alley for taking apples from his cart.

The man had towered over the three, barking and spitting. Brigitta had pulled out her knife to scare him off but he didn’t notice her, too busy grabbing Friedrich by the hair. In her panic to protect her friend, she lunged towards the man and the knife burrowed itself into his chest. Startled, she let go of the knife as the man collapsed.

That was when they began running.