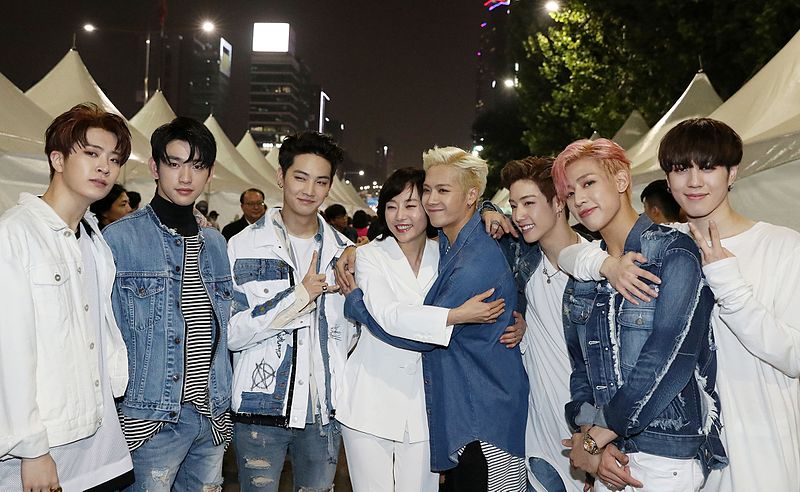 It is with sadness that I write these entities of words, as they will be my third and last K-Pop related article in Bandersnatch as my college career comes to an end with this last issue. It all started very soon and it is definitely ending sooner. Nonetheless, it will be an exotic rollercoaster ride.

My ‘ultimate bas groups’, as we K-Poppers call it, is GOT7. Seven members from four different parts of Asia, promoting in the K-Pop world, stole a spot in my heart. They’re coming this summer to Toronto, Ontario. It will be part of their 2018 World Tour: Eyes On You. I witnessed their last show in Toronto in November 2016 as my birthday gift, from the last row of the Massey Hall venue. A year and a half later, I promised myself a graduation gift, as well as an upgrade: seeing the boys from the first row of the Air Canada Center. But, it might not happen as planned… or will it?

The ticket sale was set to begin at 12PM last Saturday, April 21st. I had prepared my Ticketmaster account on three different devices (yes, this is really how crazy it was). On the other side, my friend was logged onto two different devices, of which one had failed us before we even entered the sale battlefield. We met at her house about thirty minutes before the sale began to mentally, emotionally, and physically prepare ourselves. It was very much needed. We were aiming for a P1 ticket (or a VIP, in other terms). This ticket will give us access to the floor pit of the venue; meaning, the closer we want to be, the earlier we need to line up outside the venue. It will also give us access to a hitouch, a fan-engagement activity that is very common in K-Pop shows where each fan gets to high-five each member of a group. If one of these lucky individuals is able to get their brain to work properly, they can have a five second conversation and say the most important thing that they ever wanted to tell their idol. With a P1, we would also receive tour merchandise, whatever that would include. So, it was a big deal.

When the clock struck 12, my friend and I lost all of our senses, and we entered survival mode. As soon as we refreshed the page, we were met with an error message telling us that no tickets were available. Impossible! However, as we kept refreshing, ticket suggestions popped up, but none of our functioning four devices were able to catch P1 tickets.

It was a war zone between national and international fans and scalpers, but our team lost. After refreshing our devices for the first fifteen minutes, the best tickets that popped out were P2, which are a level below P1, and they only include official tour merchandise. Thanks to Ticketmaster’s procedures, we had twelve minutes to decide to grab the tickets and look for better choices.

Actually, P1 did show up a few times, but fans grabbed them as soon as they became available, and I was not one of them.

All in all, we paid for our P2 tickets, but we still had hope for the next thirty minutes; however, all our efforts went in vain… or maybe not?

There exists verified resale tickets for P1, but they are priced for over a grand. So, no thank you!

Moral of the story is… the ticket sale was one of the most terrifying and stressful experiences of my life; however, this only proves how much GOT7 has grown in the past years and that its popularity has risen. I remain thankful because I will still witness the seven boys performing in front of my blind eyes.