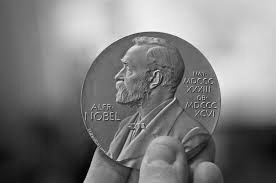 One rarely stops to think about all the cells that compose one’s body and how, each day, a good score of them perform cell division. Yet, this process is essential. It not only allows humans and other species to grow, but also to mend wounds and replenish the inner walls of their acidic stomach, amongst other things. However, how on earth can a cell flawlessly recopy its DNA, the double-stranded molecule containing genetic information, every single time?

Simply put: it does not. In fact, DNA is not even an extremely stable molecule. It was found to degrade when isolated from the environment of the cell, being notably photosensitive and temperature sensitive. How, then, could life exist if DNA is so easily affected by external factors?

Though it was already known that cells repaired their DNA to limit the damage of UV rays and genotoxic substances, the mechanism behind it was only figured out recently. This year’s Nobel Prize in chemistry was awarded to Tomas Lindahl, Paul Modrich, and Aziz Sancar for their contribution in understanding the DNA repair system.

First and foremost, “base excision repair”, discovered by Lindahl, is a process driven by an enzyme that essentially recognizes when one of the bases in the DNA is damaged. This is done because the interactions between nitrogenous bases are negatively affected by the damage. Note that bases are the parts of DNA that are “read” in order to create proteins, which are the little machines that do most of the work in our bodies!

These bases have a very specific pairing. If they are not paired adequately, there is a mismatch. A process called “mismatch repair”, discovered by Modrich, is actually responsible for fixing most of such mistakes. When DNA is replicated, it results in two sets of DNA each containing a strand from the original cell and a strand that has just been formed. The newer strand is recognized by the body because of groups known as “methyl groups” that are attached to it during replication. When errors occur during replication, enzymes can then cut out the mismatch and fix the DNA appropriately.

Lastly, “nucleotide excision repair”, discovered by Sancar, affects portions of the DNA that are damaged by UV rays as well as other substances, such as cigarette smoke, that can cause mutations. This damages a type of base called “thymine” that incorrectly binds with adjacent thymine bases. The enzyme used to repair this essentially cuts out a chunk of DNA and other enzymes, known as DNA polymerase and DNA ligase, and fills in the gaps.

This research is groundbreaking, because it leads to new possible ways to fight cancer as well as many neurological diseases. Cancer cells usually have inhibited repair systems, because they want to increase mutation to promote evolution in their favor. However, like all cells, if the repair system is too damaged, the cell cannot survive as the DNA is too unstable. Researchers could use this to their advantage to further disrupt the repair system of cancer cells such that they would be unable to function altogether. Olaparib is a drug that functions in such a way to treat ovarian cancer and more research in this field is well on its way.