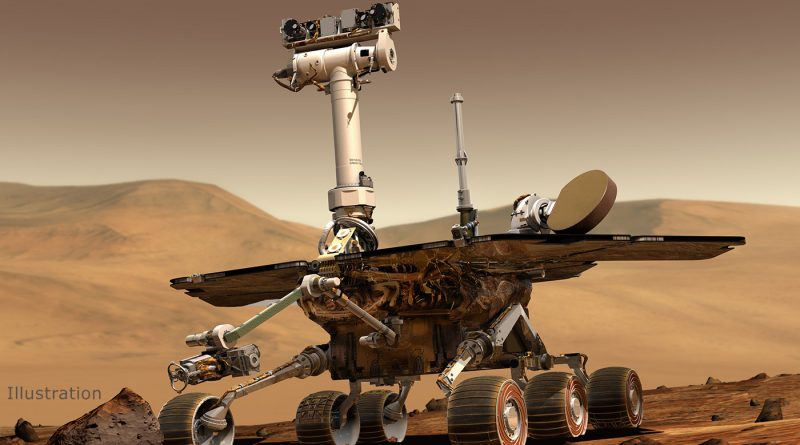 February 13th, 2019 marks a dark day in the history of space exploration. The beloved Mars rover Opportunity (Oppy for short) was officially declared dead, and its 15-year mission completed.
This brave little bot was launched on July 7th, 2003 with an expected life span of 92 Earth days, and the goal of analyzing Martian soil for signs of water and life. It completed its objectives and kept going, gathering data that would immensely help advance our understanding of Martian geology. It outlasted every other rover sent to Mars, including its twin rover Spirit, operating for 5498 days, or 55 times its life expectancy.
Oppy travelled 45.16 kilometers, from Eagle Crater to Marathon Valley. Along the way, it found extra-Martian meteorites and explored the Victoria and Endeavour Craters, as well as surviving several dust storms.
Oppy’s death began in early June of 2018, when a planet-wide dust storm covered its solar panels, and though NASA hoped that winds would eventually clear them, Oppy remained silent. Ground Control worked hard to restore communications, sending over a thousand recovery commands to save their friend, but to no avail.
In the end, the final communication they received from Oppy was a single heartbreaking status update: “My batteries are low, and it’s getting dark”. NASA said its goodbyes, and with tearful eyes and heavy hearts, they sent one last message to “the little rover that could”: “I’ll Be Seeing You” by Billie Holiday.
Perhaps one day, when humans reach Mars, Opportunity will finally be able to come home.