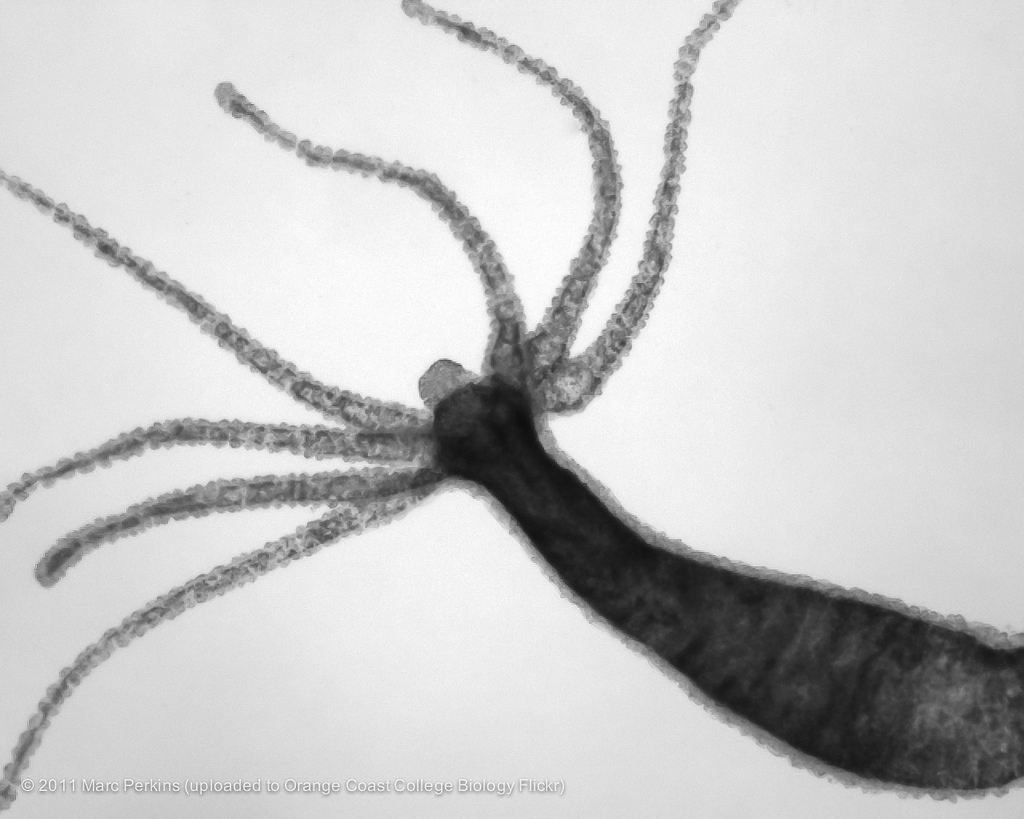 Hydras Deform Their Cells When Opening Their Mouths

What creature can regenerate its body parts and open its mouth wider than its body? It’s no mythical creature: it’s the hydra, a freshwater cnidarian. Recently, researchers at the University of California Irvine have discovered another one of its fascinating characteristics: it does not displace its cells to open its mouth, but deforms them!

To get to the bottom of things, the team of researchers produced genetically modified hydras. The proteins of their skin cells emitted radiation, allowing researchers to track the relative positions of these cells. Throughout the mouth opening process it was actually found that the cells’ nuclei were significantly deformed and thus that the opening of the hydras’ mouths were not due to cell displacement.

Furthermore, this study concluded that the hydra’s mouth opening was caused by muscular contractions. To support this, researchers exposed hydras to MgCl2, a muscle relaxant, which inhibited the opening of the mouth.

Interestingly, this movement is analogous to the muscular contractions of the iris. Who would have thought that nature’s creative way of adapting each and every organism to its environment would bring together the hydra and the human? And who knows? Perhaps one day we will be able to regenerate body parts as well!