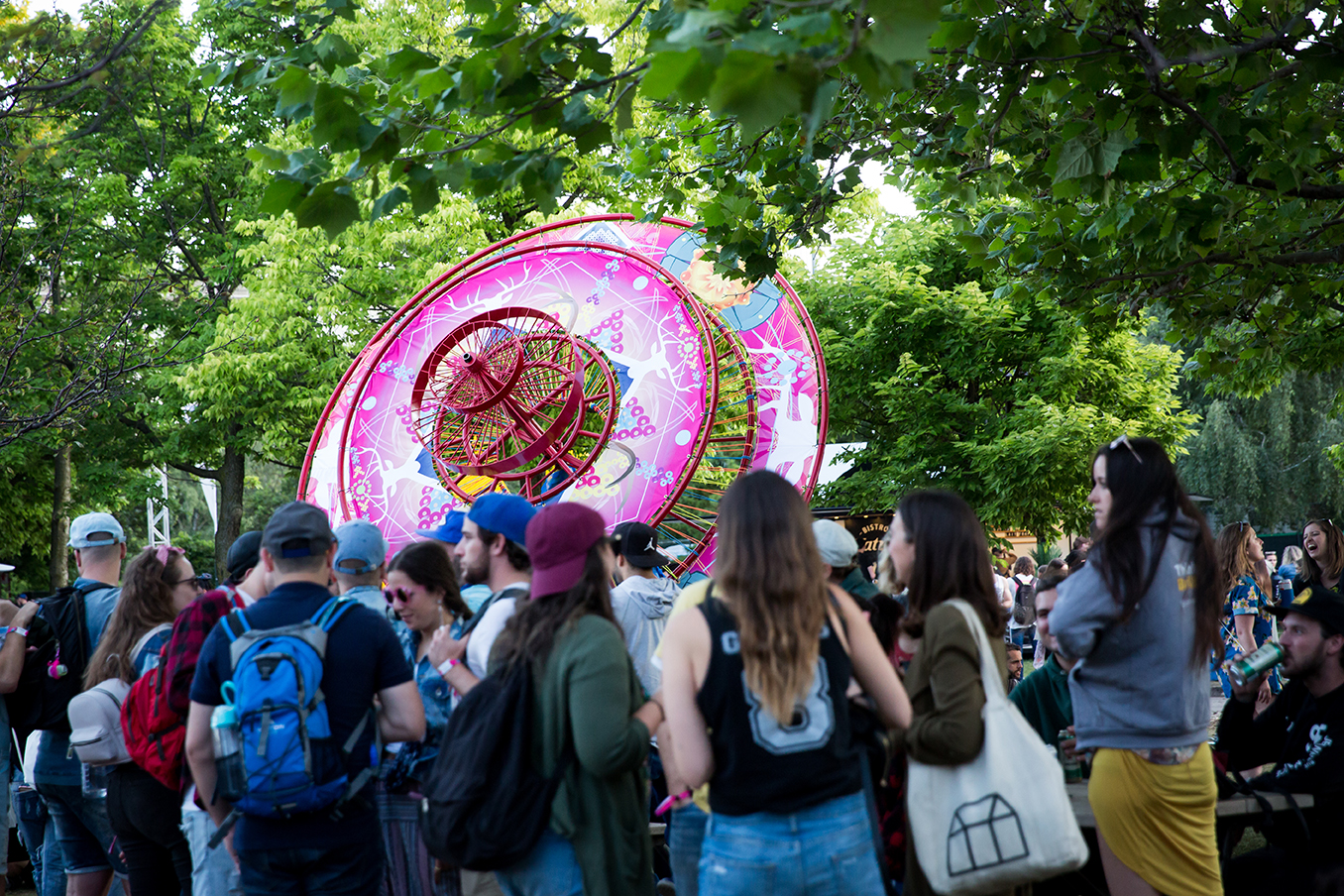 Despite the weather conditions and very unfortunate cancellations, Osheaga 2017 was a massive success. As I took the longer walk to the new location on Parc Jean-Drapeau, I was greeted to the sounds of heart pounding bass lines, blaring guitars and thousands upon thousands of fans cheering. From that moment, I knew I was in for something special

For starters, I really need to talk about the new location. Despite it taking a lot more time to get to the venue, the layout of the festival has been improved drastically. Having the stages set right across from each other as opposed to side by side allowed for everyone in the crowd to get a much better view of each individual stage, while the two smaller stages were set far enough away from each other such that each act could play at the exact same time with absolutely no problem.

In between shows I would find myself checking out the various attractions set up by the various sponsors of the festival, whether it was having many failed attempts trying to win a free pair of “Vans” shoes or partying down in the V.I.P Perrier dance hall. What is a music festival without the music right? Well, I was exceptionally happy with what I was able to see. The great thing about “Osheaga” is that every year they continue to show that they mean business, with an exceedingly diverse array of artists which I had the privilege of being able to experience. Regardless of what genre of music you listen to, you are guaranteed to find something you would enjoy at the festival.

Some of my highlights of the festival included: “BADBADNOTGOOD”, “MGMT”, “Justice”, “Yung Lean”, “Danny Brown”, “Broken Social Scene”, “Pup”, “Father John Misty”, “Denzel Curry”, “Tegan & Sara”, “Run the Jewels”, “Foster the People”, “Crystal Castles”, “Die Antwoord”, and of course the three acts who were headlining the entire festival, who all collectively blew me away. Whether it was the exceedingly personal and intimate performance from “Lorde” on Friday, “Muse’s” visually spectacular display on Saturday to the absolutely electric and grand scale closing act from “The Weekend”.

Like any music festival, despite the constant reminders about the rules regarding drugs, it is inevitable that this kind of behaviour will occur, and I would very much like to highlight the much-improved drug safety measures, such as booths dedicated to teaching people what to do and what not to do when festivalgoers decide to have a little too much fun during the weekend. This included shaded areas with hammocks for people to pass out safely, and hydration stations for people to stay hydrated. If I were to have any suggestions for improvement, I would like to see more hydration stations throughout the festival as staying hydrated should be the number one priority at all times.

Overall, Osheaga 2017 was a massive success, and I feel that the organizers did a fantastic job with everything and I look forward to 2018’s instalment.