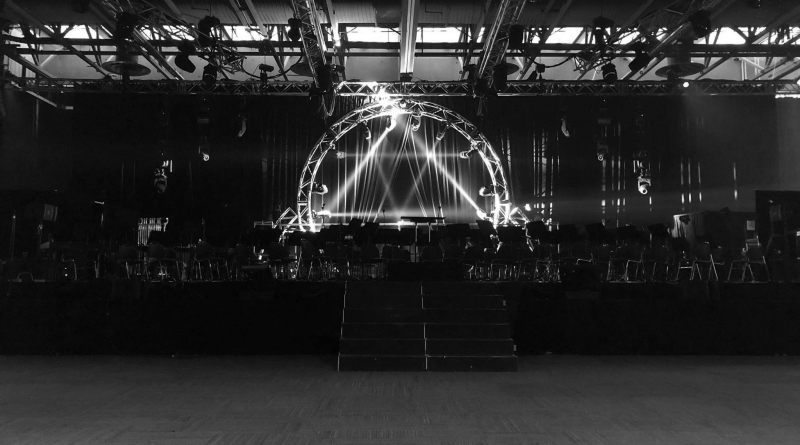 In August, for the third year in a row, I got to experience the joy of attending Otakuthon. A convention primarily concerned with anime and to a lesser extent video games, at which people of all types can celebrate the things they love and meet people with similar interests. Anime and video games alike tend to get a bad reputation from people who have little to no experience with them, however it is at conventions like these that their artistic and cultural value is brought into light. In particular, I would like to begin by bringing attention to the convention’s exhibition hall, which featured over a hundred extremely talented artists selling their works and promoting their art. The unfortunate reality of written articles such as this one is that I cannot convey to you in any way that does it justice the awe one feels, as an anime fan in particular, walking through isles among isles of art in hundreds of different styles, and being able on top of that to meet the faces behind all the fancy prints and keychains and charms. The level of artistic talent present at this convention puts to shame any art school that refuses to accept works done in an “anime-style” for portfolios on the basis that it is somehow a “lesser” form of art. Including photos of some of the works present may or may not constitute as theft, so I’ll just end this point by saying that if you do visit the convention, definitely take a stop at the exhibition hall.

Now two-dimensional art is great and all, but isn’t quite the same as actually being able to see your favourite characters come to life. The number of cosplayers at Otakuthon is impressive, but even more impressive is the amount of blood, sweat and tears many cosplayers put into making their costumes. So much passion surrounds this hobby, in fact, that there’s even a world competition for professional cosplayers to compete. This year I was present at Otakuthon during the performances of Canada’s two finalist teams, both competing to go to the World Cosplay Summit (2020) held in Japan. The winning team was a masterfully done joint cosplay of Peach and Daisy from the Super Mario series. They will go on to represent Canada at the World Cosplay Summit on November 17th, 2019.

Last but certainly not least, I had the honor this time around of seeing L’Orchestre de Jeux Video (OJV) perform live at the convention. The OJV is an orchestra from right here in Montreal that has been performing timeless pieces from beloved video games since 2008. This specific performance consisted entirely of songs from the famous Legend of Zelda series, as a celebration of the game Zelda: A Link to the Past. Once again, I found myself mesmerized by the amount of talent in front of me (but also just by the beautiful music), and would highly recommend going to any one of the Orchestra’s shows.

All that to say, the convention was anything but lacking with regards to artistic merit, and is by all means worth checking out.