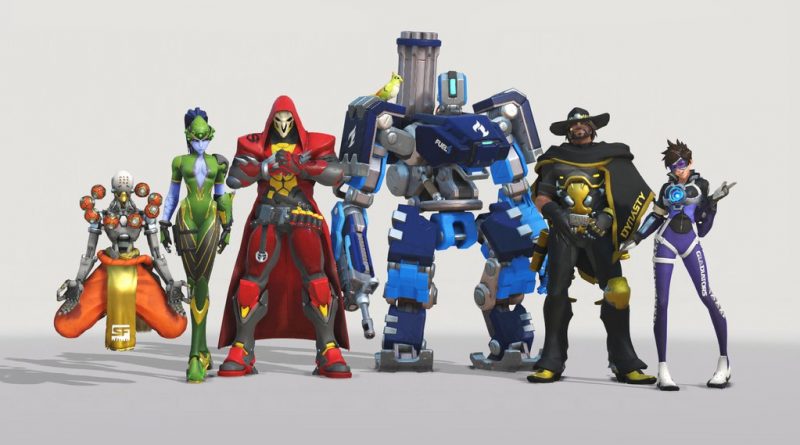 As of February 25th, the first two weeks of the Overwatch 2019 season have come and gone. New teams showed their worth on the Blizzard Arena, old teams came up with new victories, and fan favourites gave the crowd a reason to cheer. Here’s a quick recap of everything that has happened so far.
The season started off with a rematch between last year’s finalists: Philadelphia Fusion vs. London Spitfire. Philadelphia ended up beating the team that stole their crown last year in a decisive 3-1 victory, while the Spitfire showed little signs of the same life they used to have. This was only the first in a series of losses for the team that is currently at 10th place out of 20. The rest of the first week showcased the eight new teams, who overall won most of their matches against their veteran opponents.
Hangzhou Spark was the first new team to play, beating the Shanghai Dragons 3-1. Though the Houston Outlaws put them on the ropes with a 2-0 lead, the Toronto Defiant managed to pull off the reverse sweep in order to win their first match of the season. Atlanta Reign, the team with the (in)famous Daniel “Dafran” Francesca at the helm, were not to be outshined, as they won their first match against the Florida Mayhem 4-0. Chengdu Hunters and Guangzhou Charge shared their debut in an incredibly close battle, but the former got the 3-2 win in the end. While the Washington Justice lost their debut match against the New York Excelsior 1-3, the Paris Eternal returned the favour by beating the London Spitfire 3-1. Finally, the Vancouver Titans (formerly RunAway in the Contenders scene) defeated the Shanghai Dragons 4-0.
Apart from showcasing new teams, however, the first two weeks of the 2019 season also served to highlight how balanced the current metagame is and how close the gaps between teams are. In the first week alone, Seoul Dynasty beat the LA Gladiators, who beat the San Francisco Shock, who beat the Dallas Fuel, who beat Seoul Dynasty. On the second week the Florida Mayhem beat Philadelphia, who beat Atlanta, who 4-0’d Florida on their first match. The last four days of OWL games were full of surprising upsets, but the highlight of the week has to go to the Shanghai Dragons, who beat the Boston Uprising 3-0 and finally caught their first win on the Blizzard Arena.
Last year they infamously went 0-42 throughout the season, never winning a single match and cementing themselves as the ultimate underdogs in the Overwatch League. Though their lineup only has two of the same players as last year’s team, it was worth noting as a historic moment nonetheless. The Boston Uprising players were clearly distraught after the loss, fans cried and cheered as loud as they could, and the new Shanghai Dragons no longer fear repeating last season’s 0-42 record.