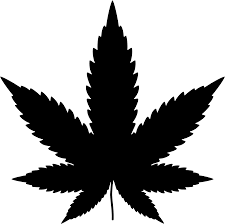 The recreational use of marijuana has been legal all over Canada since the 17th of October, but it continues to cause problems in one of our provinces.

According to Roy Ludwig, the mayor of Estevan, Saskatchewan, local residents that admit to pot use in the past are being turned away at the U.S. border. Estevan is a city with over eleven thousand inhabitants that is located just twelve kilometers away from the border shared with North Dakota. Even people who have smoked it twenty or thirty years ago are reportedly being refused the passage to the United States.

The Canadian government stated pre-legalization that smoking pot could mean denied entry to the U.S., but that means that some people prefer to lie to border agents than be banned for life. It seems nobody wants to be denied a visit to their family or their winter home in North Dakota for having smoked a joint in the nineties.

Still, if you are caught lying to U.S. border agents you may be banned from the country anyway, so it remains a bad idea. The only thing to hope for is a diplomatic solution between the two countries. Until then, people are advised to delay or avoid the question altogether if it is asked.