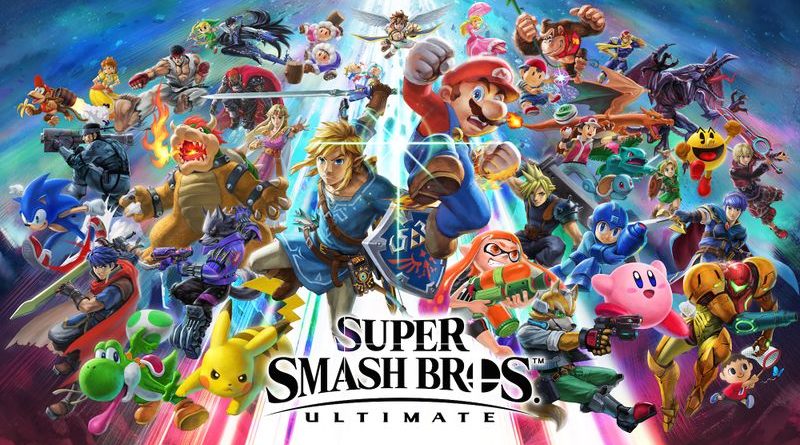 So if you’re a fan of Nintendo, you’ve probably heard of the new smash game coming out: Super Smash Brothers Ultimate. Ever since the release of the teaser, the biggest smash trend on YouTube was guessing which characters were going to be playable in this new entry. A lot of characters have been confirmed, but I feel as though a few more are coming along. I’ll be looking at some of the characters that people have been asking for, and discussing whether or not these characters have a high chance at getting into this game. There are some that make sense, and there are some that are just obscure.
First up is Skull Kid from The Legend of Zelda: Majora’s Mask. There are multiple reasons why he’s almost confirmed for Smash: he’s no longer an assist trophy, with the moon taking his place. He’s also from Majora’s Mask, a Nintendo game that’s widely popular, having sold almost 3.5 million copies worldwide. Additionally, he has more than enough attacks to make a complete character. He’d be the perfect rival for Young Link, another ‘newcomer’ in the game.
There’s also Bandana Dee from Kirby Super Star, a game made by Sakurai himself, along with almost every other Kirby game since. What reasons can I not say that would prove he’s fit for Smash? He’s one of Kirby’s main friends, along with King Dedede and Meta Knight, who are two other playable characters in Smash. Furthermore, thanks to Kirby Star Allies, he practically has a complete moveset fit for Smash. Finally, he isn’t an assist trophy, which makes him absolutely perfect for the amazing fighting game. King Dedede no longer has any waddle-dee based moves, which makes it ideal for the lovable spear-wielder to join the roster of ready Smash characters.
However, not every character requested for Smash is necessarily going to have the highest chance. One of the characters that fits this possibility is Shadow from Sonic the Hedgehog. Nintendo has been known to include third parties, but has only stuck to mostly including the main characters of these franchises. This includes Mega Man, Snake, Cloud, and many others. It wouldn’t make sense for Nintendo to include a non-main character from a third-party in the game. He is both too different to be Sonic’s echo fighter and too similar to be an individual fighter. If Knuckles only got in as an Assist Trophy, and Tails didn’t get in at all, Shadow has next to no chance at getting in.
The last character I will mention is Waluigi from the Mario franchise. There are many reasons I can state as to why Waluigi won’t be in Smash Bros: he was only designed so Wario would have a doubles partner in Mario Tennis, he never had his own game, Nintendo has almost forgotten he exists, and he’s already been confirmed as an Assist trophy. You can post all the Waluigi for Smash memes you want, but, to me, Nintendo has already made themselves clear: No Waluigi in Smash.