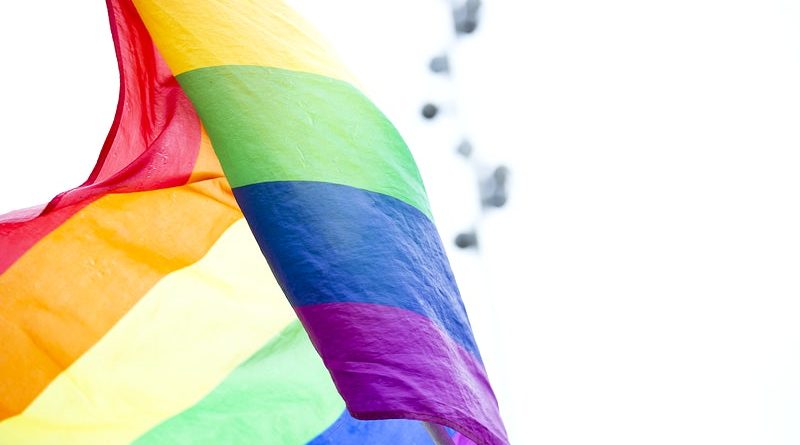 With threats towards the LGBTQ+ community and police killing black innocent lives, many people feel the need to choose which cause they stand with. Project Pridefall is a group of individuals who’ve decided to target people from the LGBTQ+ community and threaten them with awful things such as violence, rape, and even murder. Project Pridefall thought out their plans in a specific, truly gruesome manner. They planned on going on dating sites such as HER, Grindr and Tinder and composing realistic profiles, obtaining people’s addresses, and threatening them with rape and murder. There were also many other ways they planned on ruining pride month for those who just wanted to celebrate. This is where the LGBTQ+ and Black Lives Matter communities should unite.

The multiple protests and riots that have happened in the last few weeks regarding the lynching of George Floyd and other BIPOC by the hands of the police in North America have sparked quite an uproar not only in the streets but online as well. People are angry, and not just at the police. Many smaller voices (notably in the LGBTQ+ community) have made concerns that the #BlackLivesMatter movement has silenced the power and recognition of pride month. That is not to say that everyone in the queer community is angered over this but a lot of LGBTQ+ people have come out in defiance of the current protests. However, this ignorant mindset actively hinders the origins and purpose of pride as the two collective movements go hand in hand.

Pride is deeply rooted within the civil rights movement of the 1960s and the result of the historical stonewall riots in New York. On June 28th, 1969, the Stonewall Inn, a well-known gay bar owned by the Mafia in Greenwood, was raided by the police in the early hours of the morning. The police employed violence through anti-gay discrimination tactics and other violations escalated the situation, which resulted in a black lesbian woman by the name of Stormé DeLarverie being hit over the head and detained after she threw a punch at an officer. This was the breaking point of the night as the crowd retaliated against the brutality and persecution by the feds not only against DeLarverie, but for the years of injustice towards the queer community. It is here that the riots began and started what became one of the biggest moments of LGBTQ+ activism in history.

Stonewall represented an evolution in queer activism and a moment where the community didn’t shy away from radicalization. A year after the riots, to commemorate the event, activists grew and mobilized within the community. It is this uprising that organized the first-ever Gay Pride march, where thousands of queer people marched through the streets in the name of justice for the community. This march had such an incredible impact all over North America in both the United States of America and provinces of Canada that the energy from this movement spread and other pride marches emerged. Pride was not a simple manifestation that slowly emerged as society progressed, it was the radicalisation of a community that was no longer afraid of regular masses and denounced the status quo.

Due to its roots in the spirit of the civil rights movement, it is also no surprise that the three most important figures spearing the riots were people of colour: Stormé DeLarverie, Marsha P. Johnson, and Sylvia Rivera. DeLarverie was a huge influence in the movement as she was a core member of the community in Greenwood. She was the “self-appointed guardian of lesbians in the Village”. It was said she patrolled the streets of lesbian-gay bars to protect and defend those threatened by homophobes or the police. Marsha P. Johnson, a black drag queen was also a prominent member of the Stonewall riots became a notable voice in LGBTQ+ activism with the foundation of the Gay Liberation Front and the Street Transvestite Action Revolutionaries alongside Sylvia Rivera, a latina trans woman and trans rights activist. These two led some of the biggest activist groups at the time as well as prominent leaders in the first march in 1970.

One of the primary reasons for pride is to remember and pay respects to the rioters at Stonewall. Pride has always been a grassroots labour movement despite its modern commercialisation. Brands have easily commodified the movement to make an easy buck while not actually providing any notable support to the LGBTQ+ community. On the contrary, it did not emerge from peaceful protesting and it almost feels as if parts of pride have been purposely erased from our collective consciousness by our current social climate.

BIPOC gay activism and the origins of pride in particular seem to have been forgotten over time, tragically. BIPOC people have been in the fight since the start of the movement and we owe much of our personal freedoms to them. We must remember the important figures such as Stormé DeLarverie, Marsha P. Johnson, and Sylvia Rivera, POC LGTBQ+ figures who fought and died for the freedoms we have now.

Yet, the fight is far from over. LGBTQ+ rights and visibility has improved since the 60s but homophobia, biphobia, transphobia…it’s all still here. I’m going to be real for a second and say that as a bisexual man, I am still closeted and have not come out to most of my family and colleagues. Persecution and being shunned by my peers is still something I have to live with day to day. Still, I would consider myself privileged and in a more comfortable state than most LGBTQ+ folk. The trans community, by far, are the most marginalised and oppressed. In 2019 alone, a total of 331 cases of murdered trans and gender-diverse people were reported. In the United States, 90% of these victims of murder were trans women of colour. In Europe, 65% of the reported murder victims were migrant trans women from Africa as well as Central and South America. These are just the reported numbers as well. Most murders of trans people go undocumented and unnoticed. Even in Canada we are complicit in the underreporting of data for crimes and murders that happen in our black and indigenous communities. That includes trans BIPOC communities.

The history of LGBTQ+ activism can be overwhelming, but I’m hoping the context I’ve laid out has helped white readers understand the importance of pride as a revolutionary movement and a keynote in black activism as well. A large part of pride’s DNA is tied to black liberation movements. It is why #BlackLivesMatter and Pride are tied together as it is impossible for one to be separate from the other. There cannot be Black Lives Matter if black trans lives don’t matter and there cannot be Pride without the recognition of its roots in POC activism and its founders.

I will also mention that on June 28th, there will be a protest in Montréal in support of black, trans, and queer lives in the spirit of Stonewall and BLM. This protest is organised by a local BIPOC queer organisation and financial support will go back to the community.