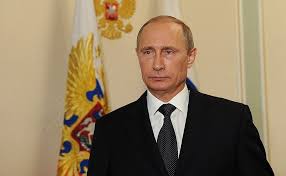 After about 20 years of political rule in Russia, it doesn’t seem that Vladimir Putin is stepping down anytime soon. Despite being barred from running for re-election by the constitution at his term’s end, in 2024, Putin has prepared potential constitutional changes, making the end of his presidency indefinite, approved by the country’s Parliament.

These changes were supposed to be voted on in a nation-wide referendum, taking place on April 22nd. Amid protests and outcries by leading health authorities on the safety of such a widespread gathering in the context of the fast-spreading COVID-19, in the last week of March, Putin had decided to postpone the vote. Following the resignation of Dmitri A. Medvedev (Russia’s former president) in January from his role as Prime Minister, Putin’s attempt to hold on to his power has become more and more evident.

The vague changes to the constitution would include weakening the president’s role while giving Parliament and the Prime Minister more power and influence. As the Russian Constitution forbids Presidents from serving more than two terms, this is all seemingly part of a ploy for Putin to keep his influence on the country for as long as possible.

As Putin’s approval rating has fallen from 82 to 68 percent over the past years, the country’s ruler undoubtedly must make changes in order to appeal to the population. In fact, protests against the Kremlin in the last year have been the most vigorous and lively protests that the country has seen in almost a decade.  Political unrest seems to be closer than comfortable for Putin. These constitutional changes, a grasp for eternal rule, are his latest play to stay in power.