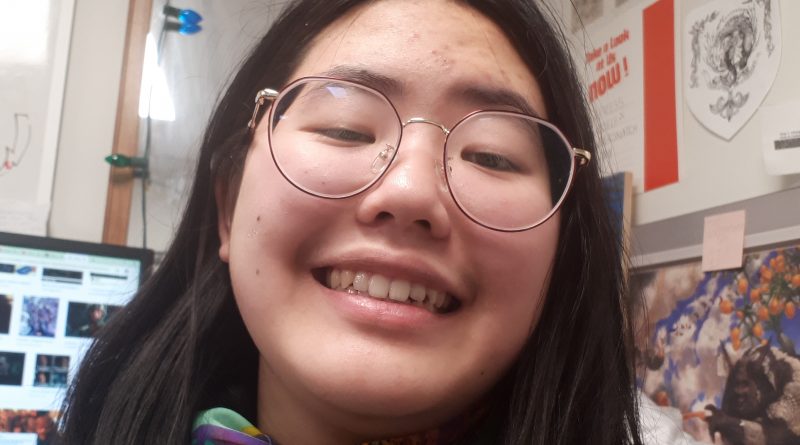 In a tragedy of untold proportions, our Procrastinator Editor, Qian, died last week under mysterious circumstances. Qian was widely known for both her spectacular art, as well as her habit of giving bone crushing hugs to any and all within her reach. Though there is little evidence remaining, it is believed that the latter is responsible for her untimely death.
The scene of the tragedy was devastating; all that was left was a void-like crater into which the surrounding environment had seemed to disappear. This has led inspectors to conclude that, in the process of delivering one of her legendary hugs, Qian applied enough pressure to collapse the unknown and rather unlucky recipient of the hug into a black hole. The black hole unfortunately took Qian along with it, as she never returned to the known world, nor left a piece of her behind. Since no one could find anything worn by Qian during the incident, nothing could be said about what had occurred that night.
No one in the Bandersnatch crew ever realized the sheer destructive power of Qian’s hugs, and those that regularly hugged Qian shook in fear, knowing they could have been that unlucky victim. While some are thanking their lucky stars, many are mourning the hugs that their lives will now be missing. As much as people are sad, we must celebrate the amount of amazing art that Qian has left behind, and cherish it as a part of Bandersnatch’s history. We will never forget the contributions Qian has made to the Bandersnatch art forum, nor shall we forget the days that have been either made or aided by a singular bear hug from this amazing and kind artist-at-heart.