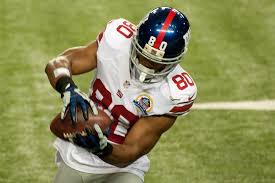 In 2010, the New York Giants signed undrafted Wide Receiver Victor Cruz, and the rest was history. In 2011, Quarterback Eli Manning and Cruz were an unstoppable force in the NFC East. Cruz had over 1500 receiving yards and 9 touchdowns, each one celebrated with the “Cruz Salsa”. The Giants made the playoffs in 2011 and Cruz’s play was vital to the team’s success us they went on to win their 4th Super Bowl in franchise history.

Cruz had 1000 receiving yards in 2012 and 2013 and was an established receiver in the NFL. However, Cruz’s career took a turn for the worse in 2014, when he was sidelined due to injury for all but 6 games. Cruz didn’t play a single game in 2015 and missed the first 2 preseason games this year. He returned in the 3rd week of preseason against the Jets and played against the Patriots in the last game. Despite Cruz’s return to the field, there was no sign of him returning to the player he once was.

Cruz suited up for his return on Sunday, September 11th. It had been 700 days since he last played and the result could not have been any better. Cruz had 4 receptions for 34 yards including the winning touchdown on a 3rd and Goal. Fans were treated to the first “Cruz Salsa” in almost 2 years. On Sunday, September 18th, the Giants returned to Metlife Stadium to host the New Orleans Saints. Cruz had 4 receptions for 91 yards, including an incredible catch on 3rd and 8 that set the Giants up for the game winning field goal.