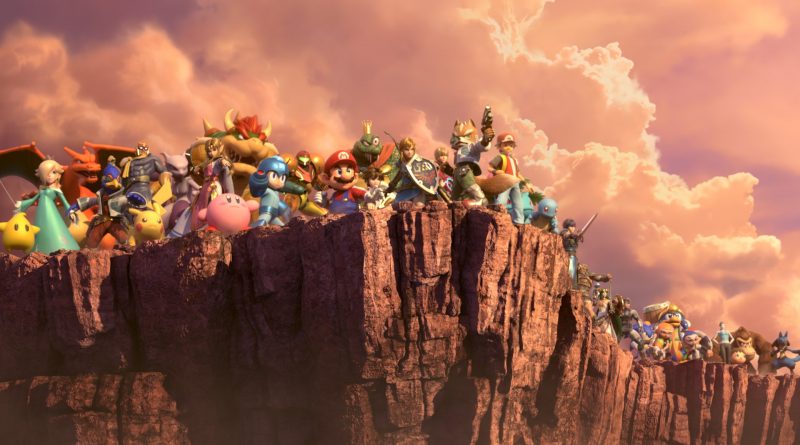 Now that all the characters in Super Smash Bros. Ultimate’s Fighter Pack 1 have been released, a total of six new fighters have been confirmed to be joining as well with the recently announced Fighter Pack 2. There is no better time to take a quick look back at what the first DLC wave gave us.

The first DLC fighter, Joker from Persona 5, set the stage for everyone that followed. His announcement at the 2018 Game Awards came completely out of left field and it showed that not only could the DLC fighters be third-party, but the series they represent can be as wildly separate from Nintendo as the Persona series.

The Hero from the Dragon Quest series was the second challenger, and although they didn’t receive as much praise and excitement from western fans as Joker did, it only made sense to add what could be considered as the grandfather of JRPGs to Smash’s representation of the history of video games.
The third DLC characters were Banjo & Kazooie, who’s inclusion finally answered the wishes of the countless western fans who had been clamoring for the duo before Melee was ever released. It also marked their first appearance in a game in almost a decade.

After all of these curveballs, the last two characters in Fighter Pack 1 would be almost impossible to guess. In what most would consider a risky move, Terry Bogard from the Fatal Fury/SNK series and Byleth from Fire Emblem: Three Houses were the last to be announced. The former being the iconic main character from a somewhat niche fighting game series and the latter being the main character of the latest Fire Emblem game, their appeal was not as widespread as previous characters’ but still proved to be exciting additions to Super Smash Bros. Ultimate’s roster.