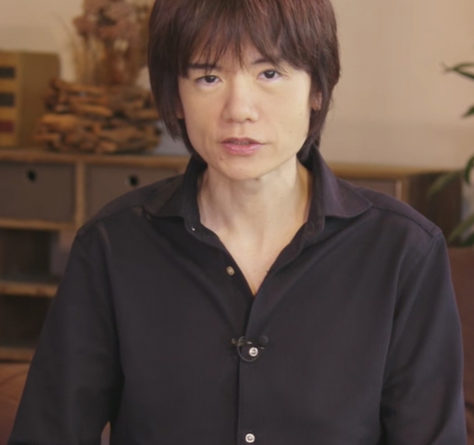 What could be in store?

Most people know that Nintendo will be hosting another Direct in anticipation of the release of Super Smash Bros Ultimate. However, the elephant in the room that we want to know about is the secret blurred game mode that was shown next to the regular ‘Smash’ option. It’s blurred out, so we don’t know what it is, but we certainly have some ideas…

Before explaining it further, I’ll give you a bit of backstory.Throughout the installments of Smash Bros, the developer of the series, Masahiro Sakurai, has been telling an autobiographical tale through his games. The first Smash Bros represents his time as a child: playing with toys and controlling all of them with his own hands, thereby representing Master Hand (the boss of the game). In the second installment, Smash Bros Melee, a more organized room is shown, with clean shelves and neatly-placed toys, thus representing Sakurai’s teenage years. When Smash Bros Brawl released, it included a new mode: Subspace Emissary. This new mode took all the characters in the game, and molded an entire story throughout the universe. Bowser, Ganondorf and Master Hand work for a very powerful entity known as Tabuu, who wants to turn all the fighters into trophies. His serious posture, among other aspects, tell us that Tabuu represents Sakurai as an adult: not wanting to play anymore. This is exemplified even more once Tabuu gains control of the powerful Master Hand, chaining him up and preventing him from moving.

This game mode was extravagant, becoming most’s favorite aspect of Brawl. However, Sakurai didn’t include a game mode like this in Smash 4, saying to the press that “unfortunately, the movie scenes we worked hard to create were uploaded onto the internet. —I felt if players saw the cut scenes outside of the game, they would no longer serve as rewards for playing the game, so I’ve decided against having them.” Thus, Subspace Emissary was not included in the game. The theory of Sakurai’s life being represented in his games is even more relevant, since Smash 4 could be seen as his midlife crisis, since Master Core ignores everything of the past and tries to change the entire game. As for Smash Ultimate, the game might represent him at an old age, with the motto “everyone is back” being him reflecting on his life.

As previously mentioned, in the last Nintendo Direct, a hidden game mode was shown amongst the others, but it has yet to be revealed. There are many speculations to what it is, but people believe that Subspace Emissary is back in action. However, let’s give Masahiro Sakurai some respect: if it isn’t Subspace Emissary, let us be happy that Sakurai released an already amazing Smash game for everyone to enjoy. If it is Subspace Emissary, let us respect the amazing game developers of Smash and not spoil the cutscenes on the internet. We all hate it when people spoil things for us, because it ruins the fun of getting them ourselves. Why make Smash Bros be any different?