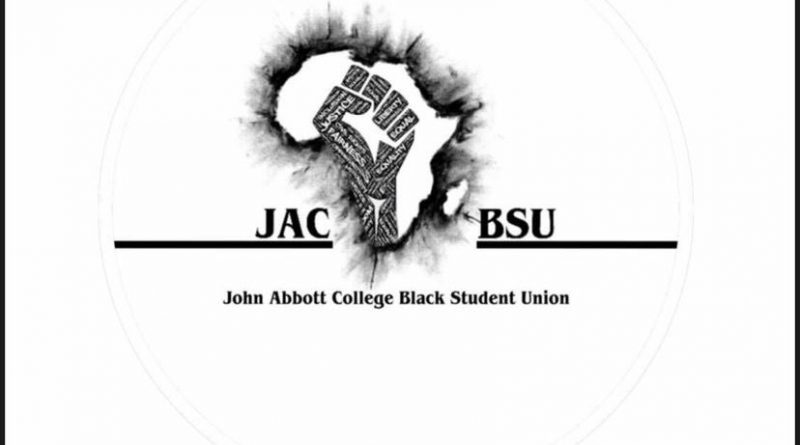 I am the Secretary-General of the John Abbott College Model United Nations Club; the Club decided to not make a public statement addressing the current disagreement between SUJAC and JAC BSU, because the majority of our members considered “it would not be appropriate for us to make a statement as we would not be adding anything new or productive to the conversation”. I strongly disagree.

However, I am not writing on behalf of my club. I decided to join JACMUN because it is a club that looks to accomplish the goal of giving a voice to the voiceless. Perhaps, at JACMUN, we have taken part in so many simulations addressing fictional problems, that when a real issue arises, JACMUN remains silent. I will not.

The Student Union of John Abbot College’s (SUJAC) missions are to provide committed student representation, promote the rights of its members and encourage club participation and activities.

The John Abbott College Black Student Union (JAC BSU) is a club that aims to amplify, uplift, and unify the voice of black and other minority students on campus. The goal of this union of students is also to promote and vocalize pressing issues, black history, and culture to the JAC community in a way that aims to inform and create an open dialogue among peers.

The name of the JAC Black Student Union has been around for the past 2 years. This has never caused neither problems nor confusions.

There are at least two aspects to review in this conflict: the legal, and political aspects. Regarding the former, these actions exhibit abuse of power by SUJAC with an ad hoc modification to a single clause in the Student Club Manual targeting a single club. Regarding the latter, the actions chosen by SUJAC exhibit a lack of judgement, understanding of history, and leadership.

SUJAC created a by-law targeting a specific Club and used financial coercion to force JAC BSU to comply to a decision they unanimously opposed.

What about the political aspect of this conflict? It is important to emphasize the weight and symbolism the word “union” has for minorities, especially during the convulse fight for civil rights that has not stopped in North America since the 20th century. The term “black student union” has dated since, at least, to the 1960s. SUJAC’s insistence to change the name of the JAC Black Student Union demonstrates their lack of awareness to the causes these unions represent and the goals they aim to defend. The term “union” is part of the culture, idiosyncrasy, and tradition many minorities have used in their fight to empower their communities for decades. In the greater Montréal area alone, there are several institutions where Student Clubs use the word “Union”: Marianopolis College, Champlain College, Concordia University, to name a few. It is inconceivable to me that John Abbott College can not follow these institutions’ example.

What would be of SUJAC’s moral authority if their efforts of targeting a club is successful? Which rights for minorities would they be able to defend? How, with these authoritarian actions, can SUJAC represent all students in our college?

In recent years, when there have been abuses towards black people across the globe, many of us have posted black squares on our social media profile pictures to show our “support”. That is not enough. The actions taken by SUJAC are not ones taken by leaders, and directly contradict the Student Union of John Abbott College’s mission, which is “to encourage participation in student clubs and activities to enhance student development”. Do better SUJAC.

Social media posts do not defend minorities; actions do.

This Op Ed was originally published on April 30th on the Bandersnatch Website; this Op Ed was updated on May 2nd. The update states that SUJAC would freeze JAC BSU’s budget if they did not agree to change their name.