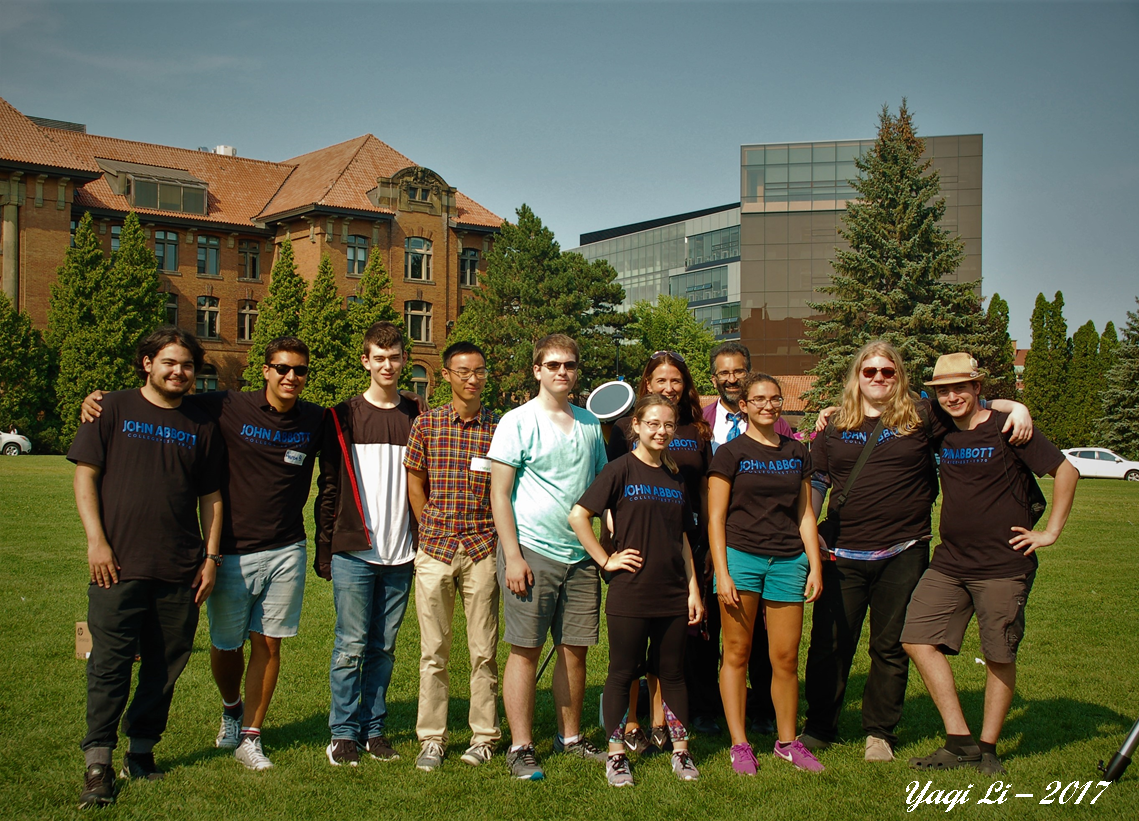 With the first day of classes for Fall 2017 coinciding with the first total solar eclipse in the continental US in almost 40 years (partially viewable from Montreal this time), a group of students whose combined passions include astronomy, STEM education, and the betterment of their community stepped forward to organize a campus wide event.

The John Abbott College Sandbox proved an ideal platform to support this initiative, as a student-centric innovation and social entrepreneurship hub at John Abbott College whose mission is to engage students from all disciplines in a problem-solving process for real world issues. Its first project to attain completion was this August 21st Solar Eclipse Viewing Event. This event was hosted in participation with the Royal Astronomical Society of Canada (Montreal Centre) in the hopes of bringing together people from all walks of life and introducing them to space science in an accessible, memorable way.

In addition to solar telescopes and eclipse glasses to share, the event included a make-your-own pinhole camera booth, lunchtime presentations on space sciences and live streams of the total eclipse viewed throughout the US. Over 2000 people from the college and surrounding areas participated throughout the day as an amazing start to the school year! One of the organizing students, Emilie Lafleche, was interviewed throughout the day by CJAD and Global News, and spoke about her experience with the Sandbox planning and hosting this unforgettable event, as well as what drives her to continue her studies in space sciences at the inaugural Montreal Space Symposium on October 5th.