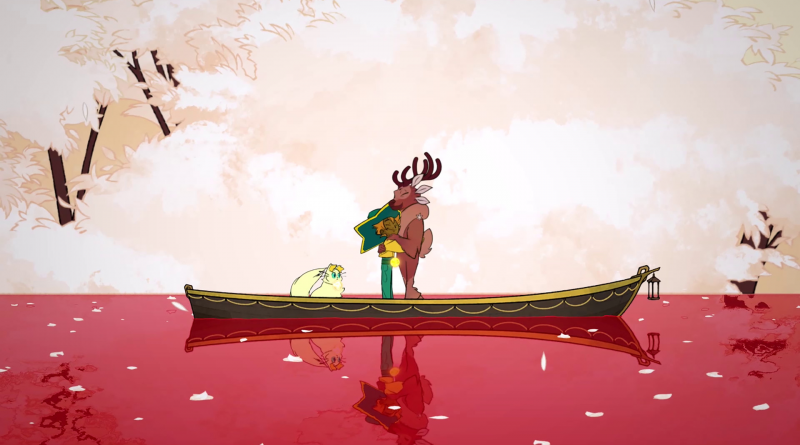 Spiritfarer by indie team ThunderLotus was one of the many games I had the chance to play at MEGA back in November. Out of all the booths I visited, it was singlehandedly the most gorgeous game I played. The atmosphere, character designs, and animation wowed me beyond belief and its sometimes hard to think this is not a AAA title. The quality on display by these developers is incredible.

The demo of the game was just released a few days ago. It offers nothing new compared to the build shown at MEGA, but it allowed me to gain a more intimate and hands-on approach, and get a feel for what is to come.

Completely beatable in under an hour, the demo offers the basic gameplay and objective of the game. Part Animal Crossing village simulator, part adventure game, you play as a young girl named Stella accompanied by her trusty cat sidekick as they sail across the sea. Along the way, animal spirits will embark on your ship. Each spirit is unique in character and all have their own personality as well as questlines. The deceased spirits, for personal reasons, have unfinished baggage from their previous lives and it’s up to Stella to help them gain some type of closure.

The demo has you helping out this old snake spirit for whom the player must build a home. However, the player will need to find the correct crafting resources to create different building types. This is where the resources management and crafting elements come in. Stella will have to find crafting resources such as wood, wheat, and fish, among other things, by request of what Spirits and other NPC’s require. Quests will also entail the characters charting the sea to discover new locations and find specific resources, items or even other characters.

The game also has a wide arrange of neat environmental systems such as a day and night system which as well as a dynamic weather system.

The atmosphere of the game is also remarkable. The soundtrack as well as the animation gave off this studio Ghibli vibe which fits well with the nature of the project. Its calming and nostalgic.

Overall, this demo, despite its length, really impressed me. I will definitely be keeping Spiritfarer on my radar for its future release.