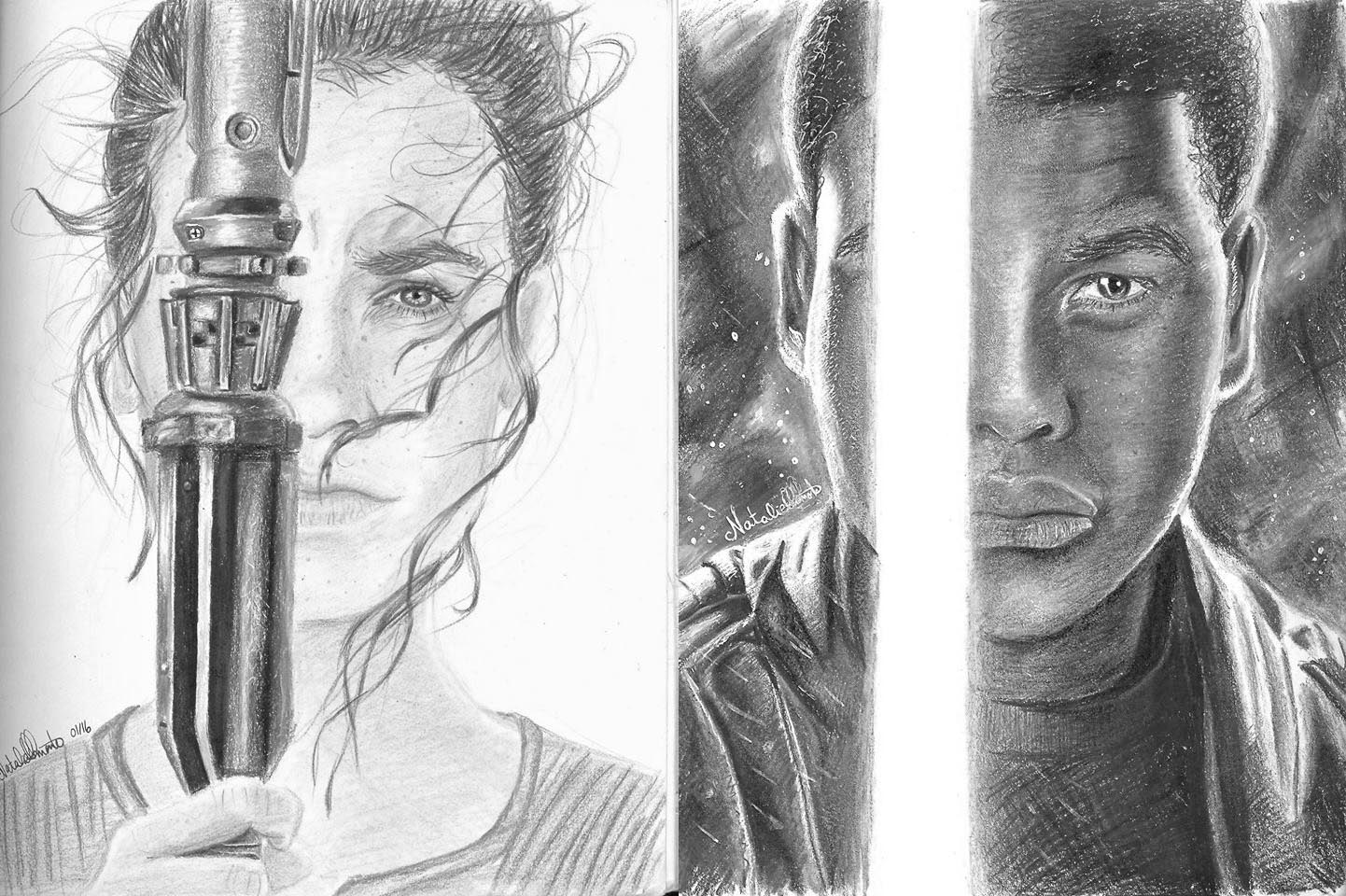 The Saga Continues in a Galaxy Far, Far Away…

On Christmas Day, with my already long since purchased ticket in hand, I went to see Star Wars Episode VII: The Force Awakens. I have been a fan of the series since childhood and have been eagerly anticipating this film for a long time. It was one of the most exciting experiences I’ve had in the cinema, and definitely worth the wait.

Director J.J. Abrams decided to make this film a throwback to Episode IV: A New Hope. The narrative structure is extremely similar. Aesthetically, The Force Awakens is also a return to the original trilogy with its use of practical sets and visual effects, providing a feeling of authenticity that is absent in the glossy, CGI world of the prequels.

What really stood out for me more than anything was the writing. Strong dialogue has been seriously lacking in Star Wars, and has often made performances that could’ve had such potential into wooden ones. Thankfully, you’ll see none of that here. Whenever a line is delivered, it sounds completely natural and sincere. The plot develops smoothly, and even if the opening was a bit jumpy, it still fit comfortably within the narrative.

The acting in this film is very impressive with solid performances from the entirety of the cast, something I cannot say about the other six movies. Daisy Ridley shines as Rey, conveying strength and resilience as well as tenderness. John Boyega is also immediately likeable, perfectly portraying Finn’s attempt to be a hero while internally having a moral crisis. I must admit that when Kylo Ren (Adam Driver) removes his helmet to reveal his puppy-dog eyes, he loses a lot of his earlier menace, but his doubt in himself while struggling to be the villain is part of what makes him so compelling. Oscar Isaac plays Resistance pilot Poe Dameron with a bold and charming demeanour that is reminiscent of a young Han Solo.

Seeing characters that have been part of my youth onscreen again was a real joy. Harrison Ford and Carrie Fisher are good as ever in their roles of Han Solo and Leia, but now bring to the screen a sense of weariness and loss that caused them to separate. We never got to witness the life Han and Leia shared together, but they give us the understanding that there was a real love between them. Anthony Daniels is always hilarious as C-3PO, even if his screen time is limited.

An issue that many people have with the film is that there are too many questions left unanswered. We do not get to learn why Rey was abandoned or who her parents are, or many details about Kylo Ren. That being said, it would be impossible, as well as impractical, to even attempt to stuff the film with too much exposition. Abrams made a wise decision to leave certain events cleverly alluded to. As irritating as it may be to have to wait for more details, I am confident that any significant information will be revealed in the next films.

Titling the film The Force Awakens was a brilliant idea, representing the revitalization that the beloved saga desperately needed. The perfect casting of the leads, combined with a stellar script that reminds us of what we loved about Star Wars in the first place, brings the celebrated saga to a new generation. It is definitely a thrilling ride, one that I very highly recommend.